Home » News » News:In Two Weeks Time Work Will Commence on Some Selected Schools and Hospitals in the State - Gov.

News:In Two Weeks Time Work Will Commence on Some Selected Schools and Hospitals in the State - Gov. 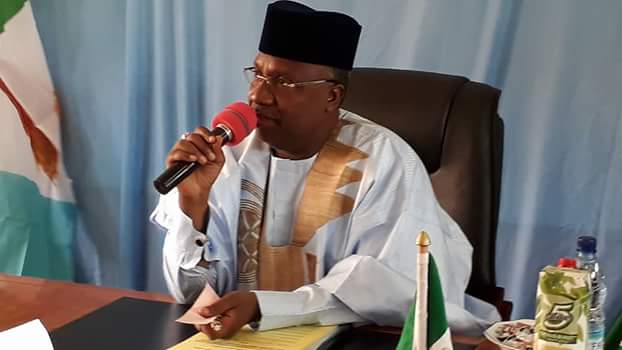 The Governor of Adamawa State, Senator Muhammad Umaru Jibrilla Bindow assured the People of Adamawa State to embark on a massive rehabilitation of some selected Hospitals and schools scattered across the 21 Local Government Areas (LGA) .

Bindow said this while Commissioning an Industrial wWater System in Ganye General Hospitals immediately after the routine Council State meetings held at the Local Government Secretariat that been organised to meet in all the LGAs of every Wednesday of the week.

According to him, Education and Health Sectors of the state have been since declared State of emergency at the Ministry and it will get greater part of this year's budget and the government will consciously pay a serious attention to wade off the unwanted elements hampering the growth of the sectors.

He reminded the mammoth crowd who hailed his administration that his government is purely a people oriented one in all ramification  and he has no excuse not to work for them despite the dwindling economy.

The State's Commissioner Of Health recommended that her Ministry is working out plan to restructure the health system and call on them to support the Governor Bindow led administration.