NEWS:Public Office Holders Called to be Transparent and Prudence. 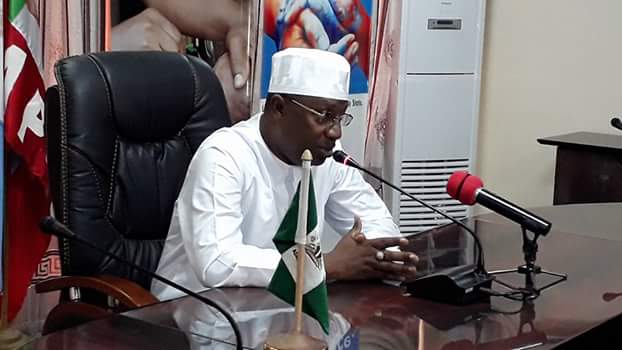 Public Office holders in Adamawa state  have been called upon to be  Prudent  and Transparent  while  discharging their  official responsibilities.

Governor Muhammed Umar Jibrilla made the call at the  swearing in Ceremony of Engineer  Suleiman Muhammed  and Alhaji  Danjuma  Jalo as Permanent Secretary  and Special  Adviser to the Governor ,and Mr P  P Power as Chairman of the LGSC and Other members  respectively.

Governor Muhammed Jibrilla stated that public  office is a public  trust  and urged  the  appointees to  abide by the oath of office taken.
The Governor use the occasion to  announced that Adamawa is to benefit from the Two Hundred Trucks  Loads of Grains  from the  Federal Government  for onward  distribution  to ease  difficulties  being  faced by the Internally Displaced persons  in the North East sub-region. 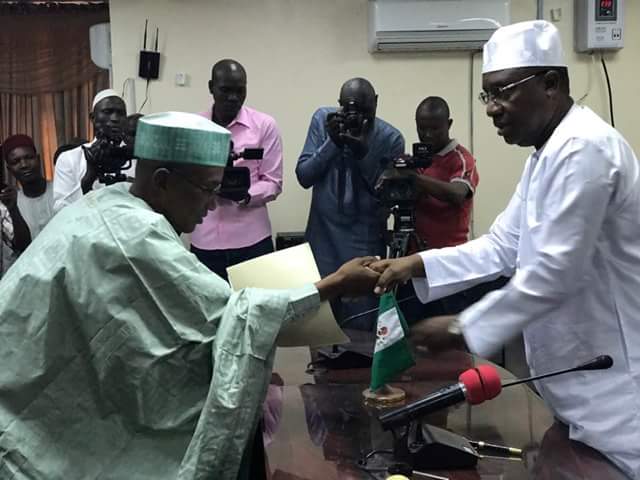 While responding  on behalf of the appointees, the Chairman of the Local Government Service Commission Mr Petom Pinom Power  thanked the Governor for seeing  them worthy  and giving them the opportunity to serve the state  and promised to contribute their own quota for the overall development of  Adamawa state. 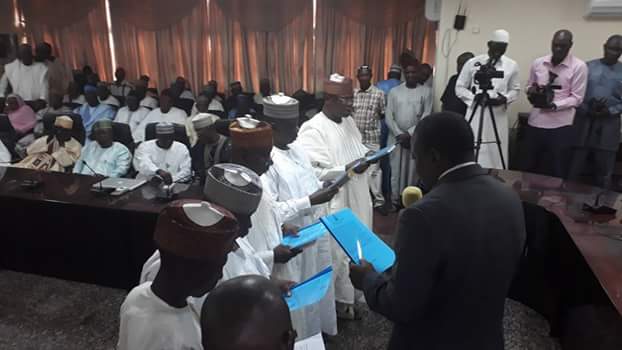 Those sworn in includes  Engineer Suleiman Muhammed ,Permanent secretary,  Alhaji  Danjuma Jalo  Special Adviser to the Governor, Mr  P P Power Chairman Local Government Service Commission, while  Mr Jabu Sohe Bitrus,  and Alhaji  Aminu Kolere as members of the Commission ,while Hamadu  Durkwa was Sworn in as a Member of the state Pension Board.

The  Oath of office  was administered by the State Attorney General and Commissioner for Justice Barr.Bala Silas Sanga which was attended by Government Officials and  other  family members of the  appointees.