Home » News » NEWS:"Coming Here to Acquire Knowledge and Become Educated is the Biggest Advantage you Have in this Life,” - Sajoh to Mass Comm. Students.

NEWS:"Coming Here to Acquire Knowledge and Become Educated is the Biggest Advantage you Have in this Life,” - Sajoh to Mass Comm. Students. 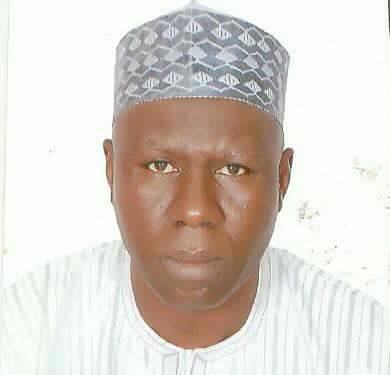 It has been observed that the growing population and the receding resources are the major challenges facing Nigeria today, a Veteran Journalist,  politician and the current Commissioner for Information and Strategy of Adamawa State, Comrade Ahmad Ibrahim Sajoh, made the observation in a Paper he presented to the Mass Communication Students of the Adamawa State Polytechnic, Yola.

Speaking on the topic "Winning Ways of Life-A Guide to Positive Living", Comrade Sajoh said that they are faced with a situation where number of people to cater for are rising daily while the resources at the disposal of the leadership to cater for the needs of the growing population is dwindling on daily basis.

However, he stated that God has endowed them with a lot of resources which have in no way reduced rather have increased in quantum but they have refused to exploit them for the benefit of all. He cited corruption as catalogue that has crippled their social fabric, noting that their most worrisome challenges are waste and the neglect for their endowment in pursuit of cheap money. Stating that as the result, today, they have found themselves at a crossroad not sure of their future or the next move they need to make in order to reverse their slide.

The Commissioner lamented that the biggest victim of this ugly trend are the youth which are left in a situation where the picture looks bleak for them and always reminded them of no job, no money and no hope for a better tomorrow and indeed no future. Hence, Comrade Sajoh said he was there to prove to them that there are countless opportunities out there.  “There is a lot of hope for you and the future indeed very bright for those who grab all the advantages that come their way. And the biggest advantage you have going for is knowledge. Coming here to acquire knowledge and become educated is the biggest advantage you have in this life,” the Commissioner said.

He advised them that the next thing to do is to develop self confidence that only comes with knowing that knowledge gives them advantage over so many things in life, it gives person an attractive quality that no one can see them as being awesome if they cannot see themselves as such.

Therefore, the workaholic Commissioner urged the students that as Mass Communication students they are trained to be versatile, to look beyond the narrow prisms of a single profession to the multiple opportunities of diverse and multiple professions. Adding that they are trained to communicate great medical breakthroughs to medical professionals, complex legal judgment to lawyers, financial trends to accountants; new farming techniques to agriculturalists, social occurrence to citizens and so on.  He noted that they are supposed to report such professional occurrences in such a manner that ordinary people who do not belong to the professions will understand.

In his response, the Mass Communication Head of Department, Mallam Abubakar Babale Mohammed, thanked the Honorable Commissioner for gracing the workshop. He said the aim of the event is to acquaint their students that there are lots of employment opportunities out there for them as Mass Communication students. Hence, he advised them to make the judicious use of the message they have gotten in the workshop.