Home » Special Report » SPECIAL REPORT:NPC's Major Concern is the Nigerian Youths because they are the Leaders of Tomorrow and are Saddled with the Responsibilty of Making Peace in the Societies - State Commandant.

SPECIAL REPORT:NPC's Major Concern is the Nigerian Youths because they are the Leaders of Tomorrow and are Saddled with the Responsibilty of Making Peace in the Societies - State Commandant. 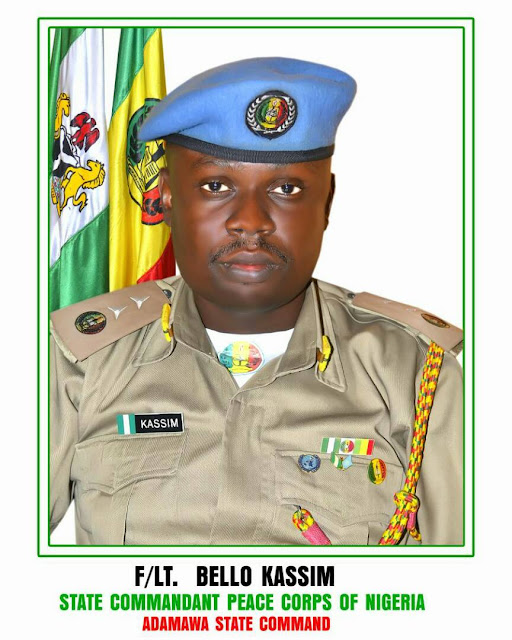 The dream of the Nigeria Peace Corp is to acquaint the youth of their role as future leaders to have respect for the constituted authority, democracy norms and rule of law, this revelation was made by the Adamawa State Commandant of the Corp, Mr. Kashim Bello, while fielding question from the Weekly Scope Reporter in his office at Yola.

Mr. Bello stated that their major concerned is on the Nigerian Youths because they are the leaders of tomorrow who are saddles with the responsibility of making peace in the society.

Thus, he felt that was the main reason why both chambers of the National Assemblies (House of Representatives and Senates) because of their kind passion for the Nigerian’s Youths back the organization with a law that makes it as Nigeria Peace Corp.
He said with the passage of the bill now into law has given an opportunity for the massive employment to the teeming unemployed youths in the nations as enshrined in one of their mandate.

While recounting other benefits that the Nation will derive from the NPC part from the massive employment, Mr. Bello said their personnel are to serve with the mandate to develop, empower as well to facilitate these: volunteerism, community service, neighborhood watch; nation building and other related matters.

Mr. Bello who used the medium to thank everybody that stood by their side most especially the mass media solicited for cordial working relationship for the overall development of the country.

He assured the general public that his organization will ensure cordial working relationship with the other security agencies. Stating that by the special grace of God his Corp is capable of handling the mandate before them if assent into law by the Mr. President. Believing that as a father President Muhammadu Buhari will assent the bill into law as soon he return back to the country.