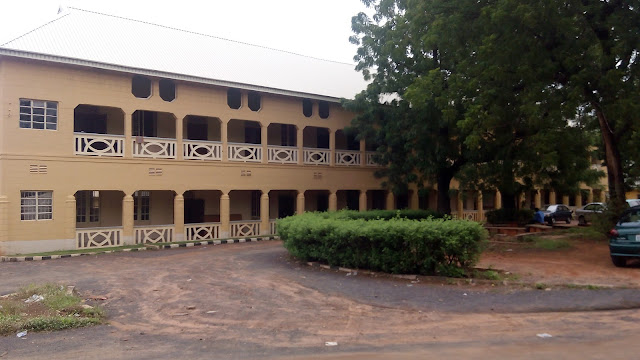 The Chairman of Local Government Service Commission has on Tuesdays 22nd,  August 2017, received a team from the National Council of Local Government Information Officers of Nigeria who paid him a courtesy visit over his new appointment at his office here in Yola.

The leader of the delegation,  Alhaji Aminu Mude Gombi thanked the Commission for honoring their invitation.  He also congratulated  the Chairman over his new appointment. He said" Information Officers from the various 21 Local Governments are here to rejoice with you and to encourage you as a father that we will not fail you. We will give you maximum support when ever needed".

He said that one of the reasons why they were there is to let the Commission know that there is a need for the training of  Information Officers at grass root such as workshop and seminars. He added that it is very important because it will help them to discharge their duties effectively.

More so, Alhaji. Gombi had called on the Chairman to make a way through which the commission could create a new department known as Information and community Development, adult education, youth and sports merged together. He said " we have such in our scheme of service we believe by your coming on board you will work things out for us".

He concluded by requesting that the Chairman assist them with a monthly  financial assistance for Information Officers of the 21 Local Govt. Areas to enable them carry out their activities effectively.

With keen interest, the Chairman of the Commission P. P Power who in his respones had welcomed them to the commission. He said he heard what the leader of the the delegation had presented and he is fully ready to listen to them and give them all the neccessary support needed at anytime if things improve.

The Chairman had also  called on each and everyone of them to know why he or she is there as an officer of information adding that they should be dedicated to their work. He said if really no body will temper with their office,  he believes in them,  but when they prove below average,  an outsider will come in and do their work.

He pointed out that an information officer is responsible for coordinating press activities in his or her various places of work and within the Local Government. And,  information officer is also suppose to know when a visitor is coming in. "But when you sit aside nobody will notice you. As an Information Officer you have to be upright if you don't want anyone to take your responsibility"

He concluded by assuring them that he will call upon the Chairmen of the 21 Local Government for a briefing on how effective an Information Officer should carry out his duties. He wish them safe journey back  to their various destination.

The Commissioner 1 of the Local Government Service Commission,  Alhaji Aminu Kolere who also adviced the  Information Officers on the need to know their job and also the creat awareness to people at grass roots. He said some among you are active why others are not.

"Some of the lapses we are facing today is from the civil servants, they tend to neglect their work. He said when a leader of any organisation is in need of your services,  and you are not available his attention will be shifted to the next person available" he said.

Kolere concluded by advising them to be dedicated and punctual to their various place of assignment and the Commission will also try and help when the need arises . He wish them a safe journey back home.

On the other hand,  the Permanent Secretary of the Commission,  Malam Umaru Bajam also gave them an administrative advice on how to go about with their work.

"I am ready to help each and everyone of you as far as things will be done in a proper way "Bajam concluded.