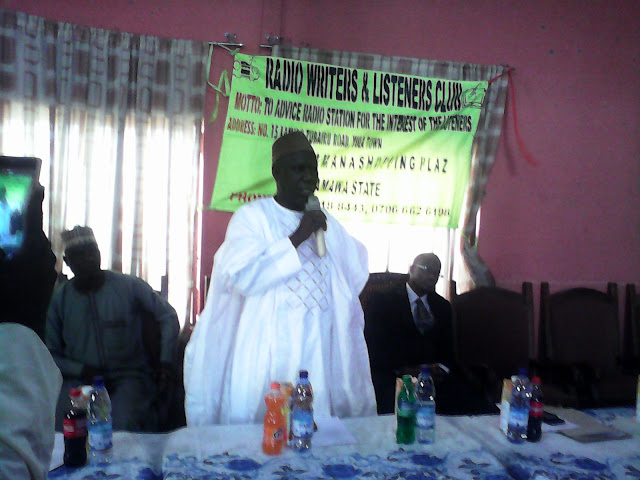 Radio Writers and Listeners Club in Adamawa state has sworn in its new Executive Council (exco ) Members that would pilot the affairs of the club for the next four years,with a charge of commitment to their duties so as to take the club to a greater heights. The Swearing-in ceremony was held at Lamido Zubairu Hall opposite center for distance learning yola south,  Adamawa State Friday 25/08/2017.

The oath of office was administer by barrister A A Tahir. Addressing the exco members,  the special guest of honour who is the Commissioner  Ministry of Information and Strategy,  Honourable Ahmed Sajoh urged them to be fair in their new position and to serve the club faithfully in honesty especially in financial aspect of the club.

He however,  described the radio listeners as the most important people because of the feed back they give ,urged them to give accurate feedback so as to make corrections when necessary.

While wishing them a successful tenure in office, he charged them to  avoid gender discrimination for one cannot do without the other he added.

There were good will messages from the Media Houses General Managers in the state.