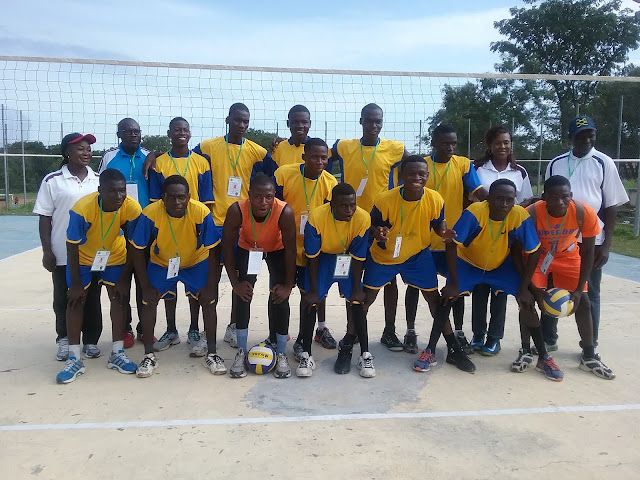 Adamawa is out of Judo, Karate and Taekwondo all based on Technical grounds. However , it was discovered from the National Bodies of the three federations that technical disqualifications simply means failure of the state to produce birth certificates of their athletes.
Adamawa state Volleyball  team has booked a place in the semi final event hopping to win a Medal be it a gold, Silver, or a Bronze, depending on the out Come of Wednesday's Match.

To attain victory, the team thrashed their Ogun State Counterparts by three sets to nil, there by consolidating its lead in the Group. The team is to meet the Host Kwara in the first Semi-Finals.

As for athletics, the duo of Shehu Jauro and Boniface Daniel competing in the one hubdred meters were placed in  the fifth and sixth positions respectively.  Kuti Dickson still has a chance to redeem Adamawa to emerge winners of the Eight Hundred meters Finals to be decided wednesday.

Nashion Aliyuda's one hundred and one cumulative points in the weight lifting is not enough to​ to fetch  a Medal for Adamawa State as  his efforts resulted to an overall sixth after the entire game.

More than 15 States including Adamawa state has fallen victims of such circumstances which has resulted to a lot of apprehension  and tensions that disrupted matches for more than four Hours.

Meanwhile,  the table tennis team have Crashed out of the tournament.

Team Adamawa still  have chances in Weightlifting.  On the other hand, Badminton event will officially kick off thursday with Adamawa having two boys representing it.