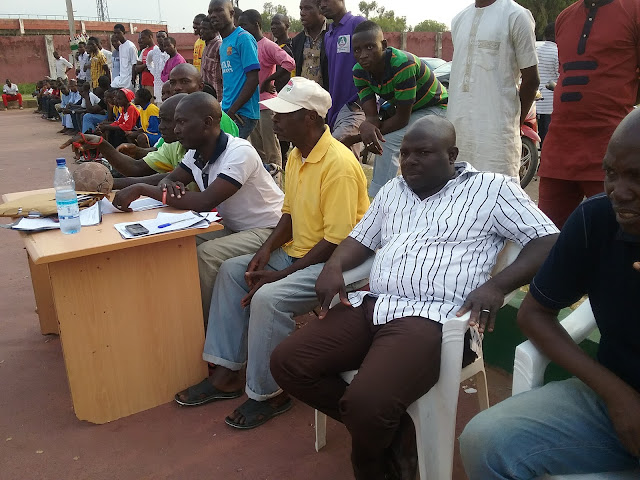 The Chairman House Committe on Sports in the Adamawa State te House of Assembly,  Alhaji Umar Hammanjoda Farang Says he will do everything possible towards ensuring that all the Athletes that participated in the third edition of the National Youth Games In Illorin the Kwara State Capital are hosted by Governor Mohammadu Umaru Jibrilla Bindow.

The Law maker stated this to reporters in Illorin.  He said that that can be achieved with the cooperation of all relevant stakeholdres whom he said are collectively Working towards improving sports Development in Adamawa adding that after the lessons learned during the ongoing sports fiesta,  all the sports administrators in Adamawa must go back to the Drawing Board and find ways that will improve the sector in Adamawa.

Alhaji Umar Farang who is also the Member representing Jada/Mbulo Constituency in the State Assembly said the Legislative arm is committed more than ever before to come up with bills that will improve sports in Adamawa.

While Congratulating Team Adamawa Volly Ball for Winning the gold medal in the ongoing events, the Law maker described the gold as unique and timely which justified hardwork, team work dedication and patrotism of all the players and the Atheletes.

Alhaji Umar Hammanjoda Farang  is also a Board Member representing the North East in the Handball Federation Of Nigeria.  He also commemded the level of display exhibited by participating states and had however frown at fielding of over age players while exhounirating his federation from that action.

He said there must be a policy that must ensure adequte preparations for team Adamawa in subsequent Competitions.