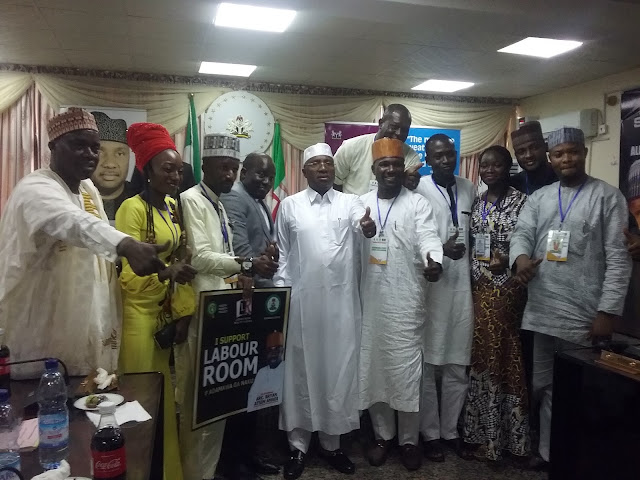 Governor Muhammed Umar Jibrilla has  indicated  the readiness of  his administration to support  a Reality  Television  show in order to promote the  potentials of Adamawa state.

The Governor stated this during a presentation  by a nominee  Architect  Brain Amadi  Daniel from Guyuk, during  a state Executives Council Meeting at Government House Yola.

Governor Muhammed Jibrilla  said Adamawa state Government  will give the state representative  all the Media support  to publicised  and encourage  users of social Media  to vote the Candidate  to emerge victorious in the Reality  Television  Show considering the  benefits  to the people of Adamawa state.

Earlier in his  presentation Architect  Brain  Amadi Daniel  had told Governor Muhammed Jibrilla  and Members of the state Executives Council  that Adamawa  state  will benefit  from the Two Hundred  Million Naira to  be directed  in the  execution of projects in the state.

He  informed that  the reality Television  Show that will last for Six days and will be  watched by about Sixty Million  viewers while the  formal launch of the  programme will come  up on the  16th of September 2017 in Abuja.

Architec Brain  Daniel  also solicited for financial  and Logistics  support from the  state government  as the cultural potentials of the state would  also be projected.

The Governor however assured the state nominee of all that all his request would be  looked into and promised that  he will be at the opening ceremony  personally to give moral support.