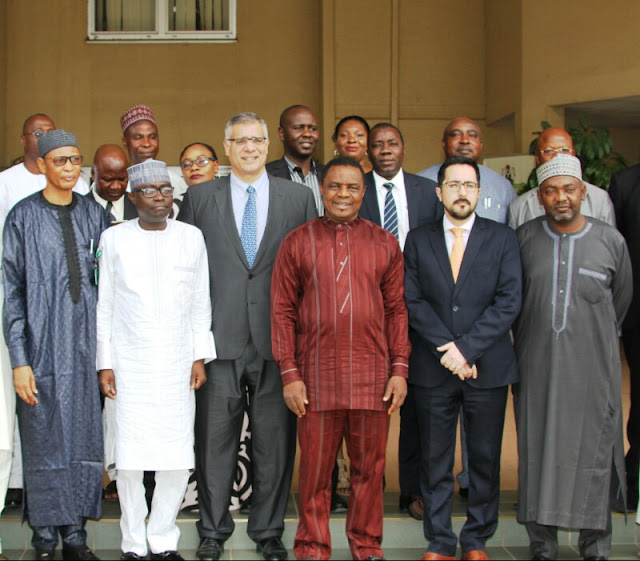 A team of experts from the World Bank is currently in Abuja to work with relevant Federal Capital Territory Administration officials on strengthening the framework for debt management in the Administration.

Welcoming the World Bank Assessment team to Abuja on Monday, March 19, 2018, the FCTA Permanent Secretary, Mr. Chinyeaka Ohaa, expressed appreciation for the series of assistance that the country has received from the Bank.

According to the Permanent Secretary, the World Bank has helped Nigerian government to forestall debt unsustainability in the aftermath of the exit from the Paris and London Clubs debt burden in 2005 and 2006, respectively.

Mr Ohaa also noted that the FCT Administration has been able to key into the outcome of the Debt Management Office (DMO’s) 5 year strategic plan which was designed in 2007 to help the 36 State governments and the FCT to develop debt management institutions and capabilities.

He said the FCTA, following advice from the World Bank’s Debt Management Office, also set up a Debt Management Unit made up of 10 staff, drawn from a cross section of key departments to assist with debt management policies.

In his words, “It was against this backdrop that the Debt Management Office (DMO) in collaboration with the FCTA, conducted a debt data reconstruction exercise from the 19th – 30th November, 2012. This was in furtherance of the DMO’s strategic objectives of building capacity for effective debt management and the establishment of the FCT-Debt Management Unit.”

The Permanent Secretary in the same vein also appreciated the World Bank for its support, cooperation and guidance towards achieving the mandate of building a befitting FCT that would be the pride of Nigerians both at home and in the diaspora, as well as the entire black race.

It would be recalled that the World Bank in collaboration with its international partners in 2007/2008, developed a program, to assist developing countries to improve debt management by strengthening capacity and institutions. The anticipated benefit is that governments would be able to manage debts in an effective and sustainable manner in both the medium to long term bases.

The methodology was further revised and updated in 2015 to reflect the changing global environment, taking into account the lessons learned in the first five years of its implementation. The training is aimed at highlighting strengths and weaknesses in government debt management practices, as well as facilitating the design of plans to build and augment capacity and institutions tailored to specific needs of the country.
Administration in Abuja.