Home » Easter » EASTER:Christians in Numan Prayed for the Release of Leah Sharibu Unharmed

EASTER:Christians in Numan Prayed for the Release of Leah Sharibu Unharmed

The Lutheran World Federation President most Reverend Musa Panti Filibus called on the federal government and all the law enforcement agencies to make efforts towards the release of Leah o of the Dapchi school girls who is still under her captive costody unharmed.

He made this call as part of his Easter message at Lccn Arch Cathedral Numan during Sunday Easter service on the 1st April 2018.

The President said, "it is a national disgrace to the country that  little Leah remains captive because she refused to deny her faith.

According to him, as long as Leah remain captive, it means all Christian in Nigeria are still under captivity until she is release.

He urged the congregation not to give up in life no matter the condition. " Do not fear those that will destroy your body rather should fear the one who has the right to destroy both the soul and the spirit" , he added.

He further noted that the wishes and prayers for peace in the country required action, and peace start within individual which he said for the county to remain calm one has to embrace the weapon of love and say no to violence.

Also speaking, the Hamman achama , Hommon Stephen Irimiya called on  youth to continue trusting in God and to put their hope in the Lord for securing their lives. And, to thank him for the opportunity of gracing this year's Easter celebration. 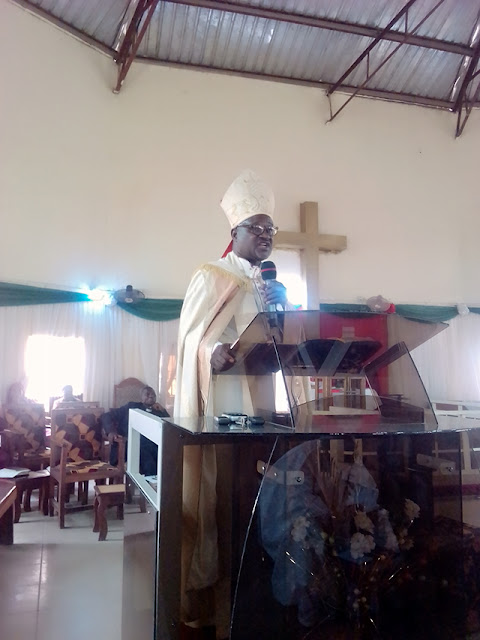