Hundreds of  beneficiaries  of N- Power of the  Federal Government  Programme to alleviate poverty among Nigerians have staged a solidarity match  to the Government House Yola  to endorse President  Muhammadu Buhari and Governor Muhammad Umar Jibrilla for the second tenure  bid.

Governor Muhammad Umar Jibrilla  while  receiving the Beneficiaries of the N- Power  at the  Second Gate  of the Government House Yola recently, said the N - Power  programme of President  Muhammadu Buhari is One of the cardinal objectives of the  present  administration to create Jobs  and eradicate poverty as well.

Governor Muhammad Jibrilla  who was represented by Deputy Governor Engineer Martins Babale assured  the Beneficiaries  that the programme will continue in order to  empowering  Youths and Women in the  Country  and assured of Government  support.

While  Speaking on behalf of the  Beneficiaries of the N- Power  programme  Mr . Anthony  Chineze  said they were at Government House to  indicate  their support , solidarity and  endorsement of President  Muhammadu Buhari and Governor Muhammad Umar Jibrilla for the second term in office. 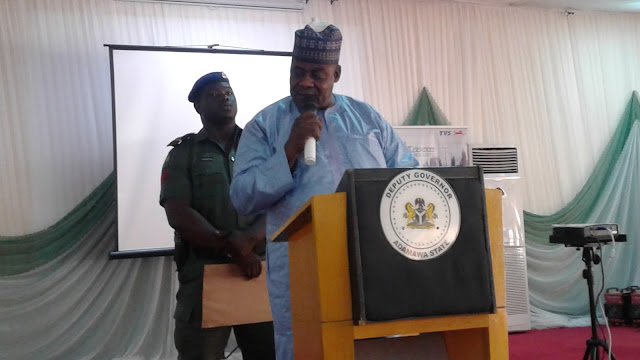 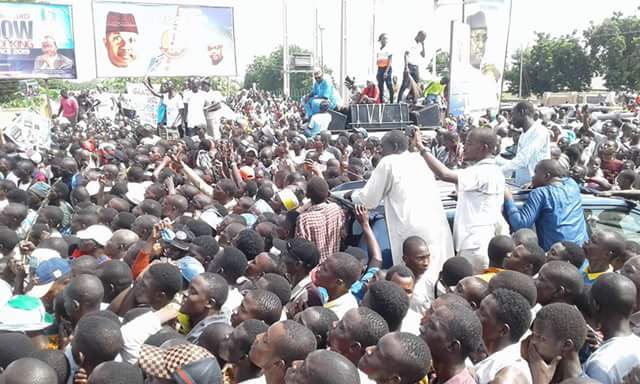