NEWS:State Government to Partner with United State's Institute for Peace Interprice In Areas of Violent Conflicts.

The Adamawa State Government has reiterated it's  commitment in the fight against poverty, Religious Bigotry and Illiteracy  in an attempt to achieved peace in the state.
Governor Muhammad Umar Jibrilla who stated this when he received a  delegation from United States Institute for Peace at the council chambers of the Government House Yola recently, explained that this was to check disharmony which hitherto characterised communities in the state.

The Governor was represented by Deputy Governor Engineer Martins Babale, he  said after the activities of Boko Haram  insurgents in the Northern part of Adamawa State, there were suspicions among communities coupled with migrants from neighbouring countries and assured that Government has worked tirelessly to ensure peace and stability which paved the  way for development in the state.

In his remarks, the  Honourable Commissioner Ministry of Information and Strategy,  Comrade Ahmad Ibrahim Sajoh who doubles as the  Chairman of  Durable Solution of the state Executive Council said the Adamawa State Government is  partnering with other agencies to  create a coalition  among more than anything as the state have more than Eighty -Seven  Ethnic groups.

According to Ahmad Sajoh ,the Farmers / Herders Conflicts have been confirmed to the Riverine areas ,pointing out that the Government is working assiduously to change the narrative error to portray the social and economic  issues.

The  Information Commissioner also appealed to the United States Institute for Peace  to assist in removing the state among danger zones following collective efforts to  mitigate violent conflict in Adamawa State.

Speaking earlier, the President of the  United States Institute for Peace,  Nancy Liaborg  said the delegation were in Adamawa State  to Partner with the State Government in the Areas of Violent Conflicts.

Liaborg also  explained that the  Institute for Peace  was established Forty -Five years ago by the United States  Congress as an Institute to prevent damage resolve violence Conflicts, pointing out that currently the institute is working in Kaduna  and Plateau  states.

She also said that the  institute has a long relationship with Nigerian Government and reiterated the  commitment of the  Institute to see areas of  partnership with the  Adamawa State Government in the Areas of  Peace and Development. 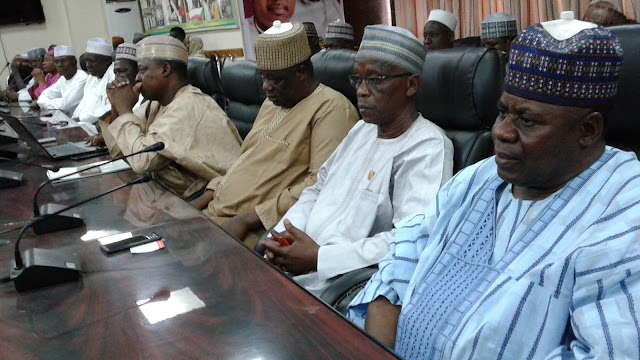