In an effort to ameliorate the sufferings of Adamawa Youths and to alleviate the poverty condition of many people in the State, Adamawa state Government under the leadership of Senator Muhammadu Umaru Jibrilla Bindow have empowered 10,050 youths in various skills acquisition.

The State Coordinator of poverty alleviation and wealth creation office (PAWECO), Alhaji Ayuba Audu revealed that the 640 Youths have received special skill training on how to repair tricycles by Simba company.

"The state government were in partnership with Industrial Traning Fund (ITF) and 500 youths were given special skills training in electronic appliers, aluminum fabrication and hundreds of women were also trained in weavings'', Audu Said.

According to him,  the state government were in Collaboration with Google where about 2,575 Youths were trained on e-commerce-online buying and selling of competitive products (Goods) around the internet.

He revealed that the Government of Senator Bindow had extend same gesture to 179 Internally Dispalced Persons (IDPs) in the State and only 39 of them are from Adamawa state.

''All is set through the office of POWECO to empower 10,000 youths in an SA program to be receiving monthly allowances.''

Governor Jibrilla who was represented by his Deputy,Engr Martins Nasir Babale in a special program to give starter packs equipments to beneficiaries youths today in Government House Yola Said the Bindow led administration is youths driven.

''I enjoin you all to make proper use of the skills acquire to benefit not only the people of Adamawa state but Nigeria as a country.

"This Government is having deliberate plans to empower so many people in the state because is a people oriented government'', Nasir said. 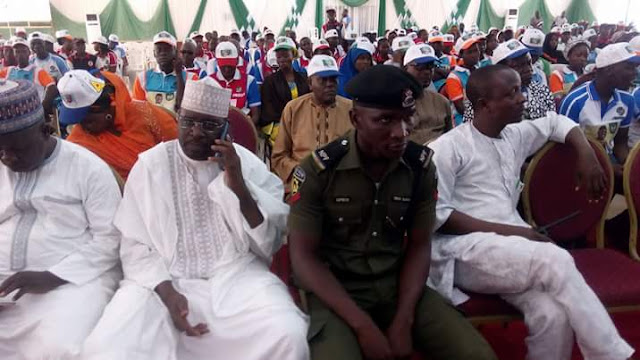 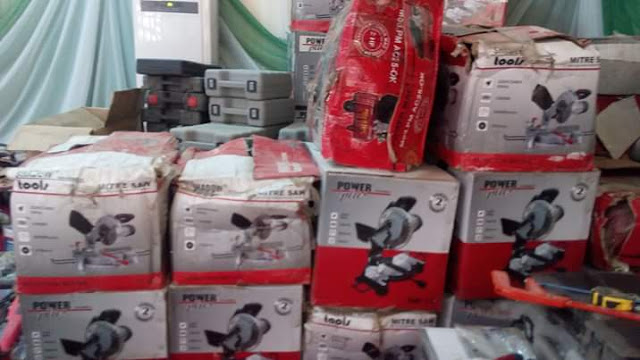