The  People of Adamawa State have been called  Upon to live in peace and harmony with one another for the progress and development of the state.

Governor Muhammad Umar Jibrilla  made the  call during a state wide Broadcast to the people of Adamawa State in commemoration of Democracy Day  celebrations for the  year 2018.

While  enumerating some of the remarkable achievements being recorded by his administration in the last Three years, the Governor said his government will continue to fulfil all the promises made to the people  during  electioneering campaigns "We did promised  you that the  journey  will be  filled with  success, Today we are happy  we can lift our heads high and say we have met a very rough and tough situation, but we have recorded a lot of successes "" he added.

The Governor also said that  it is in honour of  all those who lost their lives either as a result of insurgent attacks or communal clashes  that  government has dedicated  the celebration this  year to prayers and supplications to the  Almighty. He then called on all  Imams  ,Pastors  and Clergymen  and Women to organise a  special prayers session for the Peace,Unity and Progress of Adamawa State  and Nigeria in general as well as  peace repose of the souls of all those who lost their lives in any of the crisis witnessed or attacked  experienced.

Governor Muhammad Jibrilla however called on all and sundary to pray for the  peaceful  moments  provided by the  Democracy  Day  to reflect on the  success as recorded by the present Government in the  pastThree Years  and reiterated government  commitment to  continue to  provide email electorates with credible  services and Democracy  Dividends at all times. 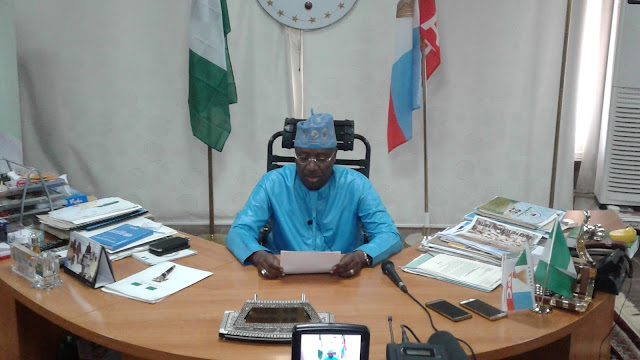