Home » News » NEWS:Security Challenges faced in the Country will soon come to a Quick Halt - Chief of Army Staff

NEWS:Security Challenges faced in the Country will soon come to a Quick Halt - Chief of Army Staff

He expressed optimism that security challenges bedeviling the country would soon come to a quick halt. " This is the second time we are having this Media Interactive Session aimed at enlightening the general public on the efforts of the Nigerian Army in combating insurgency in the country", Says Buratai.

Also, he that  Nigerian Army and  other Security Agencies  such as Nigerian Navy, Nigerian Air Force are currently involved in the fight against insurgency  across the nation adding  that the establishement of Operation Lafiya Dole by the Nigerian Army has recorded great  success in fighting Boko Haram in the North east.

"The Defence has also established Operation Last Hope aimed at returning the refugees and Internal Displaced Persons to their respective homes, and to say no to destruction of the Nigerian future, suicide bombing which women and children are used to accomplished the mission of the territories", he explained.

Similarly, Buratai said the Nigerian Army Will also be involved in facilitation of food security, health care provision,  provision of farm input, protection and economic recovering process,which is the negative ideology of the Boko Haram.

However, Buratai solicited the support of the Media, well meaning Nigerians, stakeholders, religion leaders and traditional leaders to join the Army in the war against insurgents especially in this crucial stages of the fight against Boko Haram in the North Eastern part of the country.

Again, the Chief of  Army Staff reiterated  on the sacrifices of his men adding that they will continue to ensure unity and development of the nation. He  called on individuals to deceits from any  act that are capable of destroying the progress so far achieved by the Security Agencies.

Representative of the Adamawa State Governor, the Deputy Governor of the State Engr Martins Nasir Babale on the other hand commended the Nigerian Army for their sacrifices and efforts in ensuring peace and stability in the North East testifying that, Adamawa State in particular is one of the most peaceful state in the North.

He had therefore, explained that the recent security challenges faced in Adamawa State was clashes between farmers and herdsmen. He described it as an internal issues and that God has restored peace back in the State. Babale however added that according to him, the problem of  Nigeria now is economic. 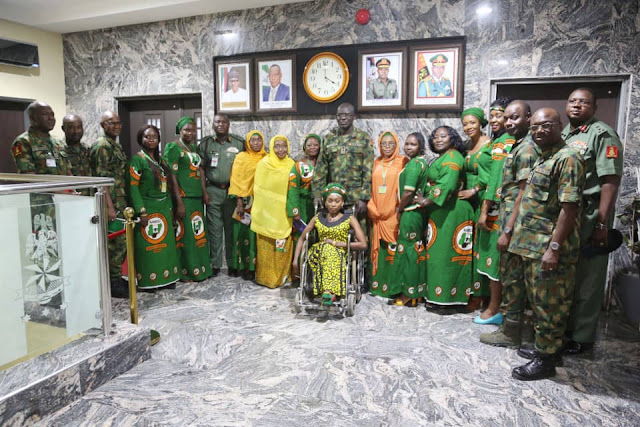