NEWS : Governor Bindow Commends UNHCR for their Humanitarian Assistance to the Displaced persons in Adamawa state.

Governor Muhammed Umar Jibrilla has commended the office of the  United Nations High Commission for Refugees UNHCR for their  concern to the  displaced persons and for assisting the state government in the areas of  Humanitarian needs.

The Governor made the commendation when he  granted in  audience the  representative of the United Nations High Commission for Refugees UNHCR in Nigeria  and ECOWAS  Mr.Antonio  Jose  Canhandula  who led a team from the UNHCR office  on a courtesy visit at Government House Yola.

Governor Muhammed Jibrilla  had informed  the representative of the  UNHCR  that Adamawa state is very calm and stable in terms of  peace and security and  commended President Muhammadu Buhari for his efforts in the fight against insurgency in the North East sub-region.

The Governor also assured the  visiting  team that his government will continue to partner with the UNHCR for the betterment of the Internally Displaced persons in the state.

Earlier in his remarks, the  Representative of the  UNHCR  in Nigeria  and ECOWAS  Mr. Antonio Jose  Canhandula said the delegation was in Adamawa state to ascertain the level of  humanitarian assistance being provided to the  Displaced persons in the North East sub-region, and in delivering  their services and to listen to the concern and advises of the Government  in order to better results.

Also in his presentation the Secretary to the State Government Dr Umar Buba Bindir highlighted some of the remarkable achievements recorded by the present administration under Governor Muhammed Umar Jibrilla in the last Three  and the Half years which includes  provision of Roads infrastructure, Declaration of State of emergency on Education and Health sectors, provision of portable Drinking water, Poverty alleviation among others.

The  Delegation  will also  handed over Buildings  being constructed by the  UNHCR  to the Displaced persons in  Maiha Local Government Area . 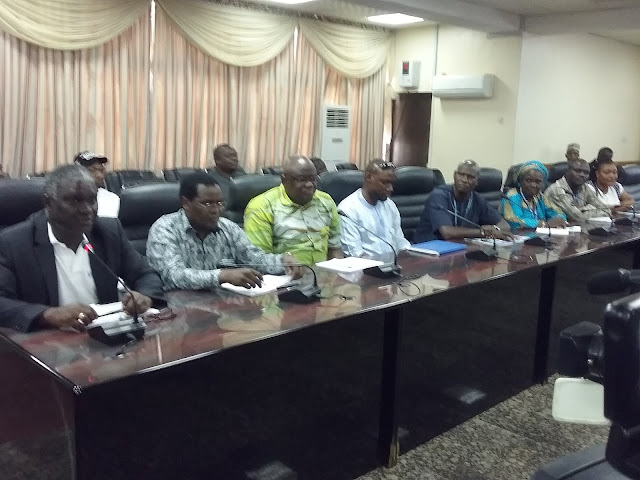