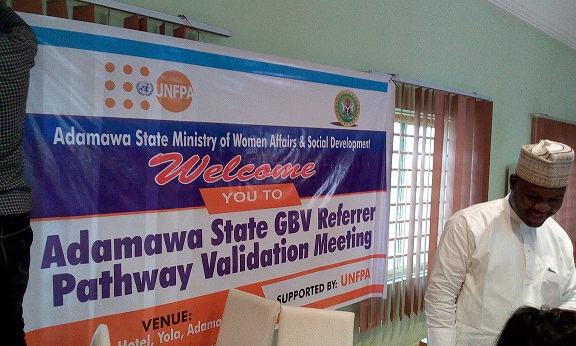 State Ministry of Women Affairs and Social Development in Partnership with the United Nations Population Fund organized a one Day Meeting in order to   Validate the State's Gender Based Violence (GBV) Referral Pathway on 21th August 2018, at City Green Hotel here in Yola.

In a remark by the Permanent Secretary  Ministry of Women Affairs and Social Development, Mr. Stephen Joseph said that the Ministry is ready to support GBV and to ensure that process is a success . He has also emphasized on the need for confidentiality of  survivors, "that way, victims will be able to report for justice to be served" he said.  Again, he urged the stakeholders to put in their best so that at the end of the day, a document for GBV Referral Pathway for Adamawa State can be realized.


Similarly, Christine a GBV Activist gave a brief presentation “Call to Action” on Protection from Gender Based Violence in Emergencies”. She said it is a global Multi –stakeholder initiative to transform the way humanitarian actors addresses Gender-Based Violence. She explained that the goal of "Call to Action" is as thus; “ Every Humanitarian operation , from the very start , provides safe and comprehensive service for GBV survivors , and mitigates GBV risks, especially violence against women and girls”. Again she mentioned State Governments and Donors International Organizations, and NGOs as Partners adding that ECHO is currently  Leading it with the support of a steering committee and it is being piloted in Nigeria and Democratic Republic of Congo. 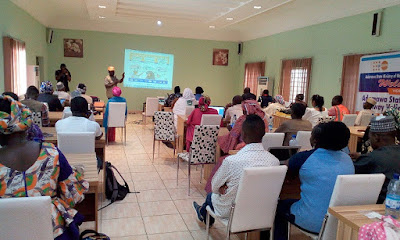 On the other hand, the UNFPA Program Officer in the State Dr. Idrisa Danladi made a presentation on a proposed pictorial pathway for the State. It was a picture of three women, two looked distressed and the other one pointing at some referral which included a community clinic, a police station and a humanitarian center after which he gave room for further reaction from the stakeholders. He urged them to make their inputs as every opinion counts. A lot of reactions were made and it was concluded that the local communities are in better position to decide on what will work for them. 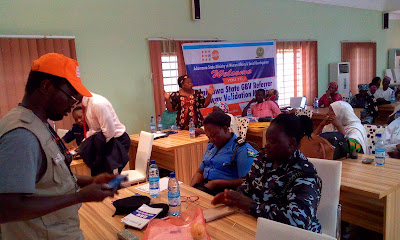 Similarly, Dr. Danladi had also emphasized on the importance and need for the Stakeholders to maintain the principles of handling GBV which includes; confidentiality, respect, accountability, discretion, same sex interview, etc in order to gain the trust of the women and girls in their respective places of assignment. He also urged them to be passionate about their responsibilities in order reduce GBV in the State.

At the end of the meeting, all the stakeholders were called upon to provide their signature which Dr. Danladi said will be featured in the Referral Pathway. A group photo of them was taken too. 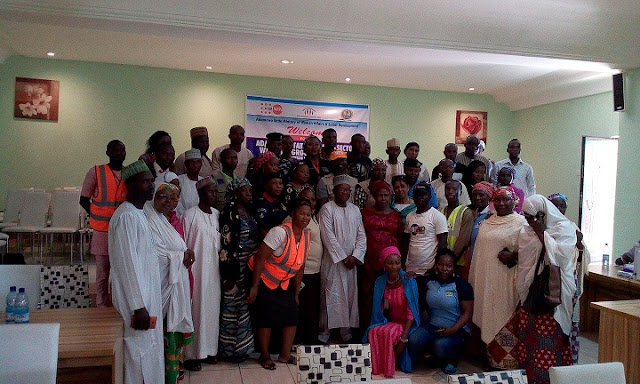