Home » News » NEWS : PCNI Has been commended for Providing Succour to the people of Hong Local Government Area.

NEWS : PCNI Has been commended for Providing Succour to the people of Hong Local Government Area.

The Presidential Committee on the North East in conjunction with Adamawa state Government have commenced a one week free medical care in Hong local Government Area .

The Governor said the President has done wonderfully well by  restoring peace and security in the Noryh East maintained that the health care delivery is Paramount to the people of Adamawa State.

While calling on the people to remain peaceful as well as supportive of the present administration, Governor Jibrilla urged them to ensure they are attended to during the seven days exercise with about eighty Doctors attending to all manner of ill health.

In his remark ,Ambassador James Barka who represented the Chairman of the PCNI, Retired General T. Y. Danjuma said the intervention is part of efforts by Government for the restoration of the North East.

He called on the people to be orderly as well as patient as the team of Doctors will attend to them before the end of the seven days.

Pharmacist Juliana Hananiya, who heads the medical team took the Governor round the various wards where the patients are been attended .

She said the Doctors will do their best to attend to as many as possible.

Medical Doctor in charge of Cottage Hospital Hong, Doctor Andrew Mshelia said the last time the hospital had such large number of patients to attend to, was in 2014 and appreciated Government and the PCNI for the intervention. 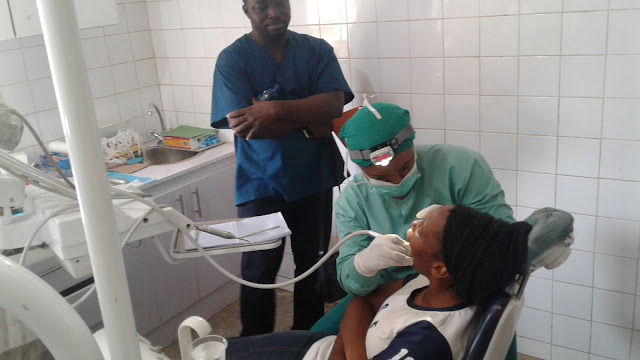