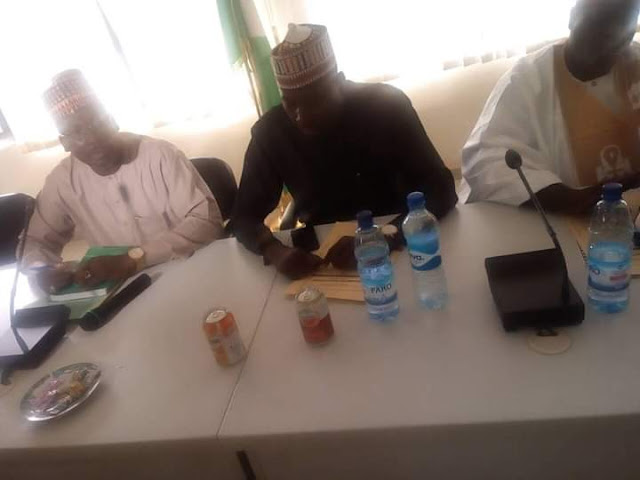 The Adamawa State House of Assembly Committee Chairman on Information, Alh. Abubakar Isa Dasong, Marafan Shelleng and Member representing Shelleng constituency urges Media Practitioners to keep the people well informed so that they can also contribute their quota towards building the nation.

He made the call in a remark when officials of the Ministry of Information & Strategy called by the Deputy Permanent Secretary on behalf of the Commissioner, comrade Ahmed Sajoh appeard before the committee to defend its 2019 Budget proposal.

Earlier, the Deputy Permanent Secretary, Mal.Ibrahim Buba said that the State has been ravaged by series of crisis like farmers/herders, kidnapping and Boko Haram which had hindered development and progress in the State.He called on media practitioners to ensure that they comply fully with the National Broadcasting commissions codes. He also cautioned Journalists to avoid pedling fake News and hate speech in their reportage as the 2019 General Elections is around the corner.