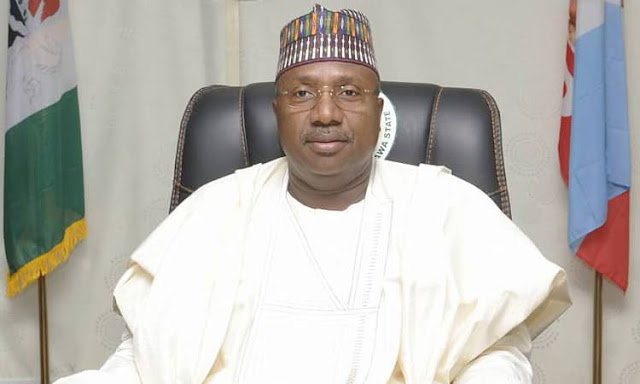 Governor Muhammad Umar Jibrilla  Says his administration's  commitment to the  provision of Democracy  Dividends to the electorates  remains unshaken.

The Governor  stated this in a state wide Broadcast to  mark the new year (2019) . He  said the  commitment of his government is poised to provide the electorates  with  basic  social amenities at the  grassroots, and called on  the people to  live in peace and harmony with one another.

While  appealing to the citizens of Adamawa State to be vigilant and security conscious at all times, the Governor also stated that the  Year 2018  has been a memorable and Rewarding  Year for the entire citizens of the state, pointing out that the  year has been  a remarkable in view of the developmental strides being achieved by his administration .

He  commended President Muhammadu Buhari for his commitment  towards ending the insurgency in the North East sub region and  for the Reconstruction of some of the Federal  Roads across the state.

Governor Muhammad  Umar Jibrilla  also  said that the 2019 Budget Tittled; " Budget of Next  Level " being presented to the State House of Assembly has just been  passed by the Legislature, explaining that Government will continue to  focus on  Education, Health care Delivery, as well as  Rural Transformation.