Home » News » NEWS: Lawyers and Prosecutors in the State Attends Workshop on ACJA.

NEWS: Lawyers and Prosecutors in the State Attends Workshop on ACJA. 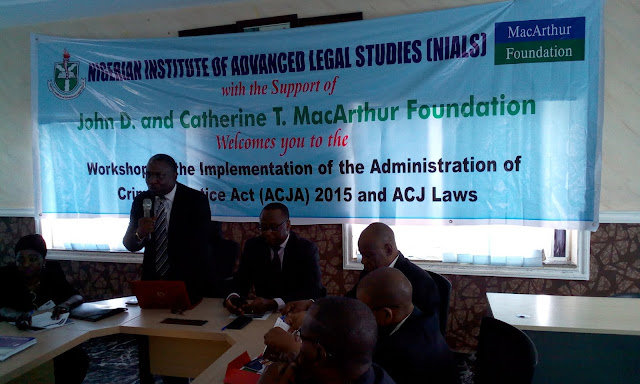 Nigerian Institute of Advanced Legal Studies (NIALS) with the support of John D. and Catherine T. MacArthur Foundation organized a 2 day Workshop on the implementation of the Administration Criminal Justice Act (ACJA) 2015 and ACJ Laws of Defence Lawyers and Prosecutors in the State at Madugu Rock View Hotel here in Yola.

HAG & Commissioner for Justice BSD Sanga in an opening remark said that three significant Bills have been signed into law recently by the current administration together with the State Administration of Criminal Justice Law and copies will be made available to all relevant bodies and institutions. He therefore commended the organizers of the workshop saying that the workshop is timely. 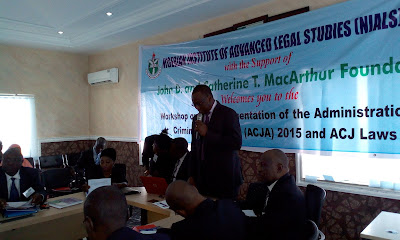 Director General, Nigerian Institute of Advanced Legal Studies ( NAILS), Professor Adedeji  Adekunle SAN in his welcoming speech said the workshop is the component of a project that aimed at increasing awareness and Knowledge about the Administration of Criminal Justice programme.

“When this programme was conceived, the idea was to focus on the rehabilitation of the Criminal Justice Act that was enacted in 2015”.

He explained that not less than 17 states have presently adopted their own versions of the ACJA.  However, every state that adopts the ACJA has its own law that suits its area.

“When we structured workshops like this, we factored into these workshops to fact that we may not be dealing with a uniformed set of law and that in some states, we may have some peculiar characteristics…” 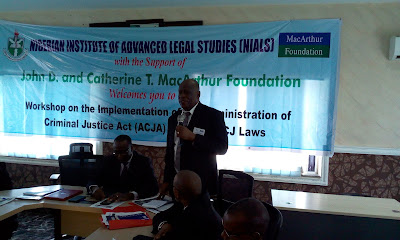 Justice Nathan Musa, the representative of the Chief Justice of the State while declaring the workshop open said ACJA 2015 is very apt and timely in the state.

“It is a good law. We the stakeholders, the Bar and the Bench  need to study it and understand it in the applications especially at the bench because we are going to make use of it in most criminal proceedings especially most of the high profile cases  before us“.    He said.

He said the law needs to be nurtured like a new baby and urged participant to participate and contribute so that at the end of the day, the purpose of the workshop will be achieved.

The interactive session began with an Overview of ACJ Legislation led by Prof. A.B Ahmed of Faculty of Law Bayero University Kano. In his presentation, he said that a modern society cannot avoid ACJ. 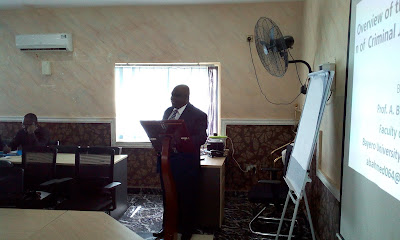 “An effective criminal justice system is one of the key pillars upon which the concept of the Rule of Law is built because it serves as a functional mechanism to redress grievances and brings violators of social norms to justice”.

Similarly, A.B Ahmed stated another key point that said “a country that gets its CJS right has effectively addressed a great part of its governance concern because of its centrality to order and stability”.