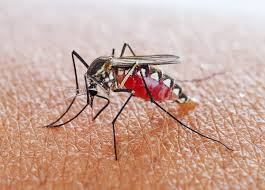 Due to devastating havoc on health caused by malaria parasites, the Global Fund has rolled out three year intervention project to eradicate malaria in Adamawa state.

To ensure smooth implementation of the project, an NGO, Civil Society for Malaria Control, Immunization and Nutrition ACOMIN has organized an Advocacy Focused media meeting held at the Pastorial Centre Yola, Adamawa state with implementing partners and Civil Society Organizations.

Martins B. Madaga, Adamawa State Chairman ACOMIN in his address of welcome said ACOMIN is a network of Civil Society Organizations that are working on malaria prevention, immunization and nutrition, and implementing Accountability and Advocacy component of the Global fund project in Adamawa state, added that project also to reduce the burden of malaria, promote political will and solicit support of community members.

 “The fight against malaria should not be left alone to CSO, organization or government, but it is a collective responsibility, therefore all hands must be on deck to achieve the goal of the project so that community and stakeholders will take ownership of the project he said

Isaac kadala, Programme Manager, Malaria Elimination Programme. State Ministry of Health explained that malaria control is receiving very serious attention from various partners, but is not receiving the complimentary support from government and urged ACOMIN to focus its advocacy on government by convincing the government to have a political will support malaria activities.

He stated that in 2017, 2.6m mosquito nets were distributed in Adamawa, but national survey conducted by an independent body shows that only 42% of people are using the nets, maintained that more than 60% of those seeking medical attention either in public or private health centres suffers from malaria attack.

 If you fight malaria you have reduced the burden of 60% of people going to health centres, explained that malaria disease is preventable, treatable and curable unlike other terminal diseases, advising people sleep under the net.

kadala frowned at the attitude of some people who misuse the nets by using it to protect their farms; others use it as fishing nets and charged ACOMIN to encourage the people to use the nets, however said 3m nets will be distributed next year in Adamawa.

He said anti-malaria drugs is distributed free of charge in 715 health facilities in the state include Primary and Tertiary Health Cares as well as testing for malaria provided by Global Fund as part of measures to stem the tide of malaria disease in Adamawa.

The Programme Manager urged the community to visit health centres anytime they have fever and pregnant mothers for antenatal so as to protect themselves and their babies from malaria as well as cultivate the habit of environmental cleanliness and evacuate stagnant waters within the compound.
In his remark, representative of Jamaatu Nasril Islam Gambo Jika noted that hardly malaria will go away without political will and tackling environmental issues, therefore advocated for the reintroduction of environmental health personnel that goes house to house to ensure cleanliness of the compound.

He hoped that the campaign will continue as people will be enlightened of the cleanliness of environment and the importance of using mosquito nets which the best solution to fight malaria.
On his part, representative of Christian Association of Nigeria, Rev. Canon John J J Nayina described malaria as a menace to the society which kills and makes a lot of havoc in the family and nations.
While reiterating the support of religious bodies to ensure elimination of malaria disease in the state, applauded the foresight of the organizers to sensitize the people on the need to use mosquito nets always as malaria is harmful to health.

In her presentation Lauretta Charles, State Programme Officer ACOMIN said organization is non-politcal, non-sectorial and non-profit working in collaboration with the government, partners and stakeholders both at National and State level aimed at prevention, treatment and mitigation of the impact of malaria and the promotion of immunization and better nutrition in Nigeria.
“If the fight to eliminate malaria in Nigeria would succeed, significant funding needs to be dedicated towards that efforts”Lauretta said
 

She explained that the objectives of the projects is to conduct strategic activities to hold communities, PHC centres, LGAs and all relevant stakeholders accountable for service provision and results as well engaged in sustained, measurable advocacy for improved state and LGA support for malaria intervention and improved coordination of CSOs for informed inputs into malaria interventions.

Also an official of the Society for Family Health in Adamawa state Mr Benni Pinon presented a paper on the activities of the society in the state.
01:40
Adamawa Daily Reports
Breaking News
Email ThisBlogThis!Share to TwitterShare to Facebook