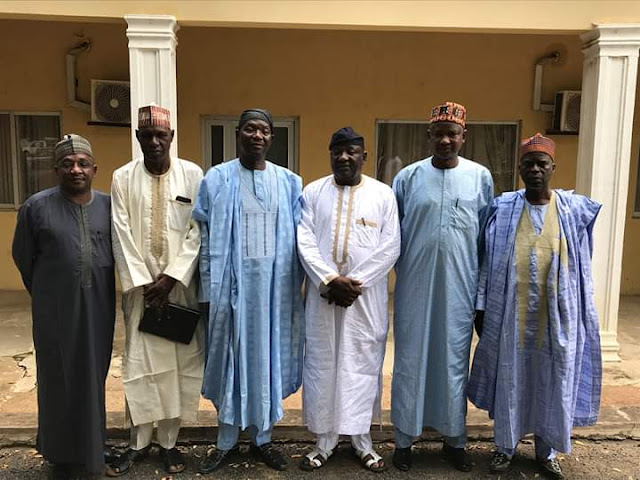 Governor Ahmadu Umaru Fintiri maintain that the committee are chosen based on working experience, track record and proven integrity.They are also employed to exhibit high sense of diligence in the discharge of their responsibilities over the interest of the state and the nation in general.

Governor Umaru Fintiri who was represented by his deputy Chief Crowther Seth charged the committee members to collaborate and join hands together for the success in the task ahead.
"its said if you want to go quickly, go alone but if you want to go far, go together " and he strongly believe with the team of brains put together, the sky is our limit in achieving the mandate of president Mohammadu Buhari GCFR.

Chief Crowther also said the committee are to report to his office through the SSG to the state Government while he work with the National Action Transformation Office under the Adviser Agricultural Round Interventions and  Coordination Office of the Vice President Federal Republic of Nigeria. 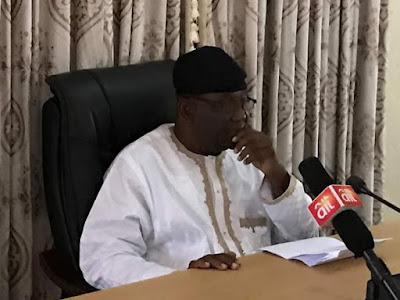 The Chairman of the Committee Prof. Alikidon Voh reiterated that the National livestock Transformation Plan 2018 to 2028 is a home grown strategy of the federal government to create a conducive atmosphere for the transformation of our livestock husbandry system into a modernize system thereby creating atmosphere for solving the farmers/ herdsmen crisis that has been devil the country in general and Adamawa State in particular.

He poised that Adamawa State Government has exhibited in no small manner that it's not only a listening government but also a pragmatic and action driven government.

Prof. Alikidon Voh also maintain that in modernizing the present livestock system, ranching should be adopted and to kick start since land is a Prerequisite for livestock production, the gazetted grazing reserve will be use to start and they will also identified the international, national and local grazing roots in the state. 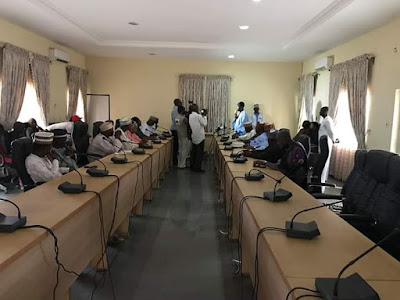 On behalf of his colleagues, he thanked his Excellency for keying in to the federal government laudable projects and to actualize it's plans and bring in lasting solutions to these menace in the state.
08:40
Adamawa Daily Reports
News
Email ThisBlogThis!Share to TwitterShare to Facebook