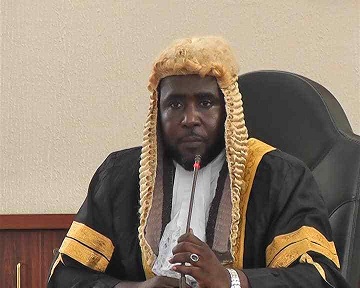 Born in Yola in 1973, Aminu Iya Abbas had his early education in central primary school Uba,Hong local government of Adamawa State.
He holds a Bsc in Accounting from Bayero University Kano (BUK )in the year 2000 and graduated with second class upper division.He went back to BUK and obtained a Master's degree in Treasury Management in 2008.

Aminu Iya Abbas started his working carrier with the Sigma Secirities Limited in 2002 after a mandatory one year service (NYSC) at the Nigeria National Liquified Natural Gas(NLNG) between 2001-2002.He later joined the Economic and Financial Crimes Commission (EFCC) as forensic team staff and pioneer accountant  and was part of detective course 1.He also work with Africa Petroleum Nigeria (AP) and KPMG as Budget Accountant bedore joining politics in january 2011.

He also attended local and internarional professional courses and training. His good family background ,sound education,exposure and philantrophic nature enable the good people of  UBA/GAYA Constituency see him as a worthy representative at the State Assembly hence voted him in the 2011 general elections.

During his four year tenure from (2011-2015) Aminu Iya Abbas was vibrant and active in all legislative processes.He sponsored and co-sponsored many bills and executed developmemtal projects that have direct impact on the lives of the people of his constituency through constituency and personal projects.

Having satisfied with his quality representation,the people of UBA/GAYA constituency voted for him again  during  the march 2019 elections with high expectation to deliver better than what he did in the 5th Assembly.

The varying experiences both in public and private sector as well as positions held in the 5th assembly adequately prepare Aminu Iya Abbas for the task ahead.
He is happily married with 4 children.
07:53
Adamawa Daily Reports
SPECIAL PUBLICATION
Email ThisBlogThis!Share to TwitterShare to Facebook