Home » News » NEWS:Adamawa Set to Receive Over 4,000 Refugees from Cameroon.

NEWS:Adamawa Set to Receive Over 4,000 Refugees from Cameroon. 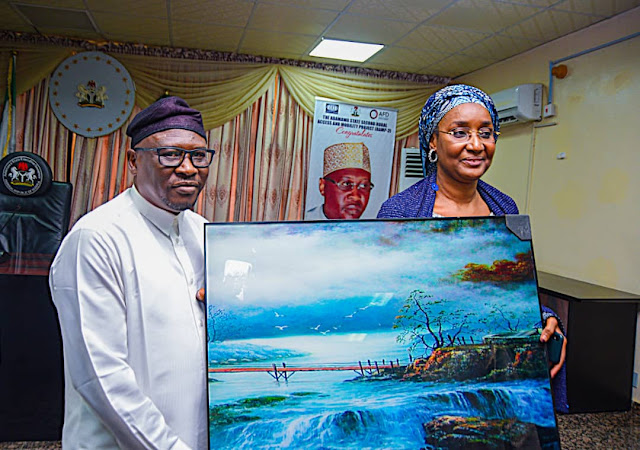 The Adamawa State Governor, Ahmadu Umaru Fitiri has said that his Government is ready to receive over four thousand Adamawa indigenes taking refuge in Cameroon.

The Governor said this while playing audience to the delegation of the National Working Committee on Refugee from the republics of Nigeria and the Cameroon and the United Nations Human Right Commission for Refugees at the Council Chamber in Government House Yola. 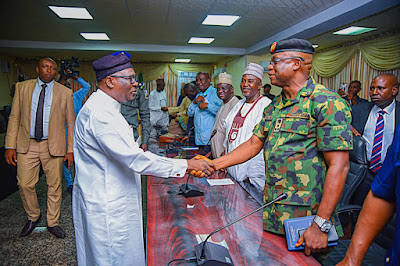 While thanking the committee for its laudable work, Governor Fintiri said his administration will put a machineries on ground to receive its indigenes at any time, adding that a technical committee that will include traditional rulers will be assigned if the need arise to go to Cameroon where Adamawa indigenes are taking refuge and talk to them to return home.

The Governor maintained that apart from the seven Local Government Areas of Gombi, Hong, Maiha, Mubi North, Mubi South, Michika and Madagali which are still not safe for the refugees, the security of the state has improved. Assuring the repatriation committee of keeping the refugees in safe zone and when security situation has improved in the danger zones, some of them who are from the zone would be taken back home.

In her presentation to Governor Fintiri and top government officials in the State, the Nigeria Federal Commissioner, National Commission for Refugees, Migrants and Internally Displaced Persons, Hajiya Sadiya Umar Farouq who led the delegation said that they were in Government House Yola to inform Adamawa State Government on the agreement reached by the Tripartite Committee which has Nigeria, Cameroon and the United Nations Human Right Commission for Refugees to repatriate Nigeria refugees in Republic of Cameroon.

Hajiya Farouq noted that over 4,000 Adamawa refugees who were displaced by the dreaded Boko Haram insurgents are in camp in Cameroon and the Federal Government through the Technical Working Committee on repatriation of refugees will begin repatriation of Adamawa indigenes. Adamawa will be the pilot State after which Borno State who has the largest refugees will follow.

The National Commission for refugees, Migrants and Internally Displaced Persons delegation leader added that the committee is working towards achieving the agreement signed by the Tripartite Committee and in the next three weeks, the site which had been proposed to accommodate Adamawa refugees will be ready, maintaining that in the next one month Adamawa refugees will be repatriated from Cameroon to Nigeria. 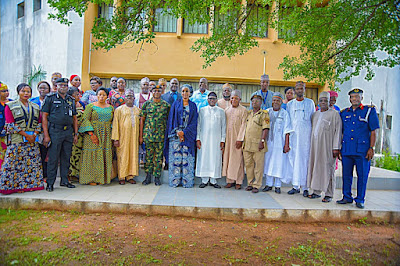