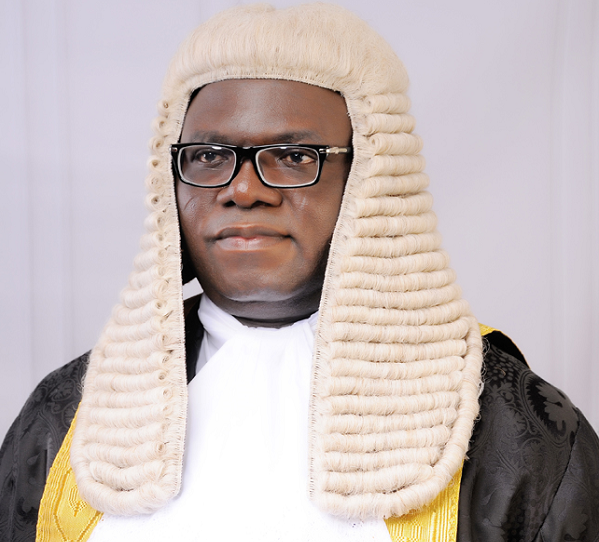 The Chief of Staff Government House Yola, Prof. Maxwell Gidado, SAN has said that at the end of his tenure he will live a legacy that will speak of him in Ganye Chiefdom and Adamawa State at large.

Prof. Gidado said this while receiving audience to Ganye Chiefdom Media Workers Association in his office in Government House Yola.

The Chief of Staff who thanked the Association for their thoughtfulness to pay him a courtesy call, said he will strife to live a legacy especially in education sector which he has interest. Adding that his interest tally with that of Governor Ahmadu Umaru Fintiri of Adamawa State having he prioritise education in his agenda.

The legal luminary assured the Ganye Chiefdom Media Association that he will give Governor Fintiri advises that will foster the development of Adamawa State. The professor promised them forwarding their request of entitlements and privileges which hitherto media houses in the State enjoyed to Governor Fintiri for consideration.

Some of their demands he however added, he will table them  to discuss with the Director General Media and Communication to proffer solutions.

Earlier, the interim Chairman of Ganye Chiefdom Media Workers Association who is the News Editor, The Scope newspaper, Mohammed Bello said they were at the CoS office to congratulate him on his well deserved appointment as the Chief of Staff to His Excellency, Rt. Honourable Ahmadu Umaru Fintiri.

The Association extend their hand of partnership with the CoS in all aspect that will foster development in Ganye Chiefdom and Adamawa State at large, throughout his tenure.
The media association charged the CoS to facilitate rapid development of Adamawa and Ganye Chiefdom in particular through human capacity building and other meaningful initiative he may come up with.

Ganye Chiefdom Media Workers Association prayed that God will give Prof. Maxwell Gidado, SAN wisdom throughout his tenure  to actualise his dream so that Adamawa State and Ganye Chiefdom will progress.
12:49
Adamawa Daily Reports
News
Email ThisBlogThis!Share to TwitterShare to Facebook