Home » News » NEWS:GOV AUF CHARGES DPS NOT TO BE PARTISAN.

NEWS:GOV AUF CHARGES DPS NOT TO BE PARTISAN. 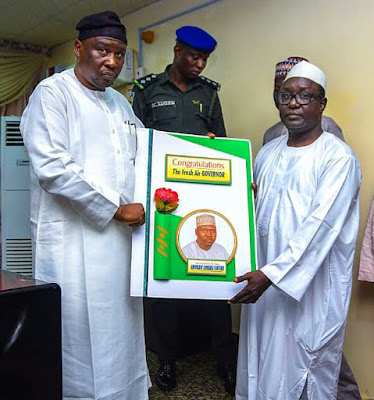 The Governor of Adamawa State, Ahmadu Umaru Fintiri has enjoined the Deputy Permanent Secretaries in the State Civil Service not to be partisan but to dedicate themselves to their primary assignment.

Noting that some of the DPSs in the past were too political in execution of their duties which was against the essence they were in service.

Receiving the DPS Forum at the Council Chamber in Government House Yola for a courtesy visit, Governor AUF charged the DPSs to stay away from politics and contribute their quota to the development of the State.

The Governor assured them of his support at its best and robust so long as they are loyal and remain resolute to work towards the success of  his administration and the development of Adamawa State.
While informing the Governor the reason for their visit, the leader of the Deputy Permanent Secretaries’ Forum, Mal. Halilu Mohammed said they were at Government House Yola to congratulates the Governor over his victory during the 2019 polls and his inauguration as the Executive Governor of Adamawa on 29th May. 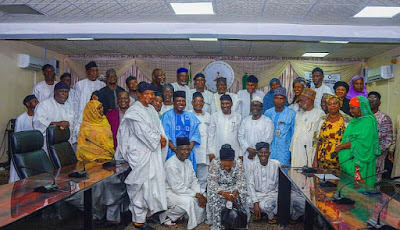 The Deputy Permanent Secretaries also expressed their profound loyalty to the administration of Governor Fintiri and their readiness to serve in any capacity.

The Forum prayed to God to give Governor Ahmadu Umaru Fintiri the wisdom to lead Adamawa State in right direction.
14:09
Adamawa Daily Reports
News
Email ThisBlogThis!Share to TwitterShare to Facebook