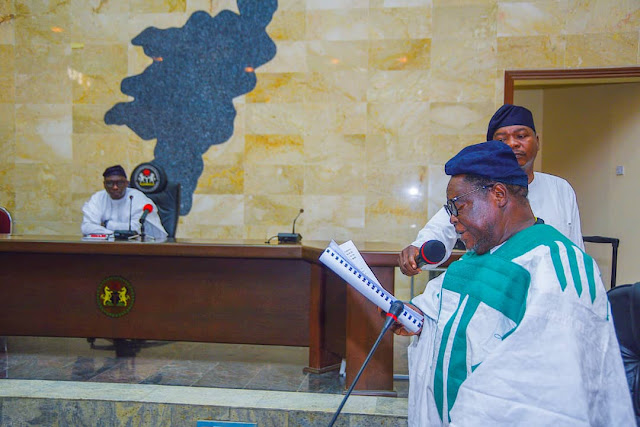 Governor Ahmadu Umaru Fintiri of Adamawa State has call on communities in the State to live peacefully and embrace each other and coexist in order to foster development in their domain. Governor Fintiri said this during a separate congratulatory visit on him at the State Government House, Yola by Pene da Bwatiye Development Association and Tabital Pulaku Njode Jam Foundation Adamawa State Chapter.

While playing audience to Pene da Bwatiye, a worldwide Socio-cultural Association of Bachama and Bata people, Governor Fintiri thanked the Association for the support they are according to his Government having their son, Chief Crowther Seth as the Deputy Governor of the State. He call on them to keep on supporting his administration especially in area of security as his administration is making effort to get rid of all forms of criminality in the State.

Governor AUF enjoined the Bwatiye community to coexist with their neighbours and reiterated his Government's policies to restore the lost glory of the State.

Earlier in his speech, the President Pene da Bwatiye, Prince Hezron A. Fada said they were at Government House Yola to Congratulate Governor Fintiri for his victory in recent 2019 General Elections, as well as his inauguration as Governor of Adamawa State and to thank him for selecting their son to be his Deputy. 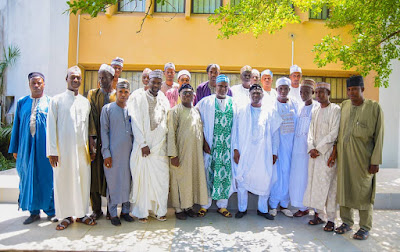 Responding to Tabital Pulaku Njode Jam Foundation Adamawa State Chapter, Governor Fintiri thanked the foundation for their loyalty and the effort they are making to halt the rampart kidnapping in Adamawa State and call on them to sustain the effort so as to completely end the menace of crime in State.

He informed them on the success of his new security architecture and revealed that so far over 500 Shilla Boys, a cult group that has being tormenting the State were arrested from their different hideout in the State. Adding that, Adamawa State will hence not be safe for perpetrators of any crime as his Government will employ technology to track criminals in the State.

However, he calls on the perpetrators to shun their evil act and explained that any of them that truly repented, his Government will rehabilitate him and make him productive in the State.

To boost Agricultural production, Governor Fintiri said his Government will support animal husbandry as well as food production in large scale to ease the suffering of his subjects.

On his part, the State  Chairman, Tabital Pulaku Njode Jam Foundation, a Fulani socio cultural group, Alh. Abdu Mbali thanked Governor Fintiri for his new security architecture in the State which he described fruitful and it has halt cattle rustling that has bedeviled herders in the State.

Alh. Mbali also thanked Governor AUF for combating kidnappers which was why he added among other things attracted them to embrace his government and pledge their loyalty.
12:52
Adamawa Daily Reports
News
Email ThisBlogThis!Share to TwitterShare to Facebook