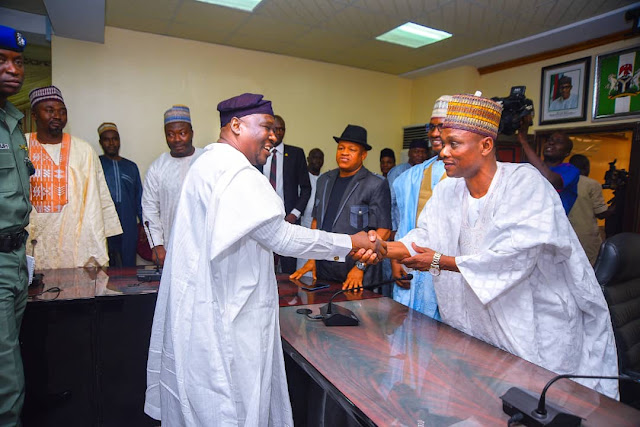 The Independent Petroleum Marketers Association of Nigeria (IPMAN) Adamawa State Chapter has describe the Adamawa State Governor, Ahmadu Umaru Fintiri as a grass root Governor who is working tirelessly for the entire people of the State.

A strong delegation of the Association and its affiliates led by its National Board of Trustee Chairman, Alh. Aminu Abdulkadir Mbamba were at the Government House, Yola for a congratulatory visit on Governor AUF.

Alh. Mbamba who was confident and optimistic on Governor Fintiri said the Association were at the Council Chamber of the Government House Yola to congratulate the Governor over his victory at the recent General Elections and swearing-in as the Executive Governor of Adamawa State.

He further described Governor Fintiri as the man who possess all the qualities to govern Adamawa haven  set a record with good governance when he became the Governor of the State for three months. Adding that Governor Fintiri won the 2019 poll because he has supporters from grassroot whom he has touched their lives.

The IPMAN delegation applauded Governor Fintiri for the new security architecture he employed in the State which they said has halted the activities of criminals especially the Shilla Boys cult group and kidnappers. 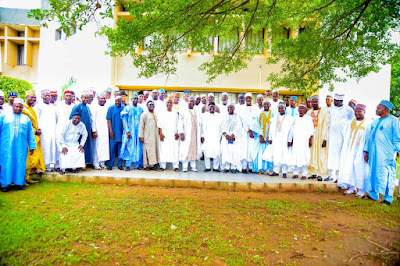 The Association pray that God should give Governor Ahmadu Umaru Fintiri wisdom to rule the State accordingly.

Responding to IPMAN delegation, Governor Fintiri thanked them for their prayers and readiness to work towards the development of Adamawa State.

Governor Fintiri who said IPMAN is a major players in the country’s economy and has helped in reducing unemployment in Nigeria, appealed to them to support his administration especially in the area of security; without security of lives and properties of the people, the Governor said business will not flourish.

Governor AUF further explained that Adamawa State has suffered a setback because of maladministration by past administration, therefore all its indigenes irrespective of their differences should unite to build the State.
12:29
Adamawa Daily Reports
News
Email ThisBlogThis!Share to TwitterShare to Facebook