NEWS:Gov. AUF to Alleviate Accommodation Challenges of Judiciary Staff in the State. 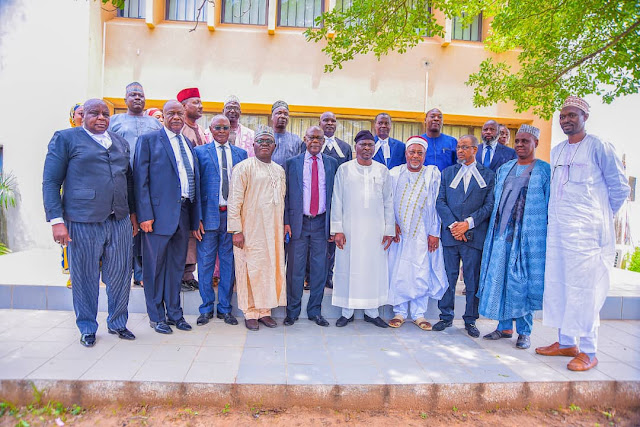 Governor Ahmadu Umaru Fintiri of Adamawa State has assured Adamawa Judiciary welfare of their staff and support to the arm of the Government.

While playing audience to the Judiciary Arm of Government in Adamawa State at the Council Chamber in Government House Yola,  Governor Fintiri said that his administration will make a favourable working condition. Adding that he has received report on the challenges of inadequate housing accommodation for Justices especially those posted outside the State Capital.

Governor AUF said that his administration will in no distance time start building housing accommodations systematically for the Justices and therefore enjoined the judges to dispense justice without fear and favour.

Earlier, the Chief Judge of the State, Justice I. K. Banu who led the delegation of the Judiciary Staff said they were at the Government House Yola to congratulates Governor Fintiri over his victory in the 2019 General Elections and inauguration as the Executive Governor on 29th May.
The interpreters of the law prayed for the success of the present administration. 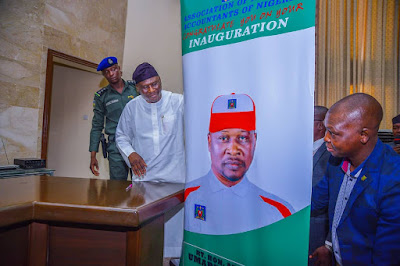 In another development, the Association of National Accounts of Nigeria (ANAN), Adamawa Branch were at the Government House Yola to congratulates Governor Fintiri over his election as a Governor.

The delegation which was led by  its President, Mr. Obadiah, cnn plead with the Government to provide the association a land to build its State Secretariat and informed the Governor that Adamawa State has won the hosting right for ANAN North East Conference which will hold in Yola from 28th to 31st  October, 2019.

In his respond, Governor AUF said that Adamawa State ANAN’s request will be considered and wished them a successful hosting of the 2019 conference.
08:23
Adamawa Daily Reports
News
Email ThisBlogThis!Share to TwitterShare to Facebook