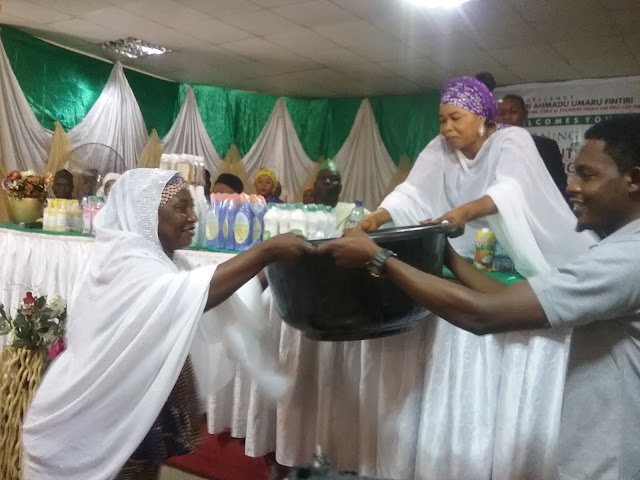 The five (5) Days intensive  training  commenced on 26th - 30th of this month at the Center for  Women Education and Empowerment Initiative  (WEEIN),at  80 Unit in Yola-North LGA. 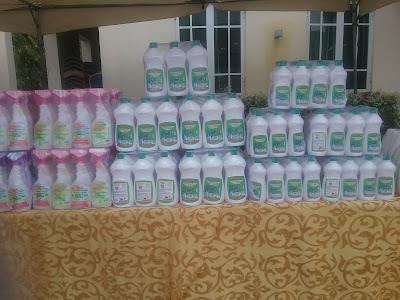 After a robust training on Shampoo making, Dish wash, Dettol, Air freshener among others by Asquad multi services Limited, each of the beneficiaries received the sum of  #10,000, a certificate and a start up pack to kick start their own businesses.


In a remark by Governor Ahmadu Umaru Fintiri, represented by the Chief of Staff, Prof. Maxwell Gidado SAN, he congratulated the participants for  for their  endurance to acquire the skills. He challenged them to utilise what they have learned at the training in order to be self reliant. He made the remark at the closing ceremony. 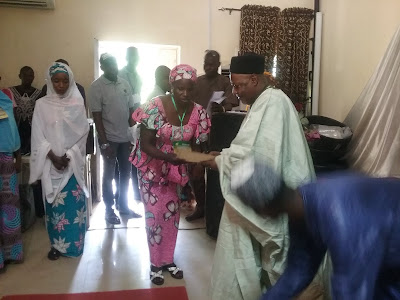 Also, the Governor’s wife Haj. Lami Fintiri, was represented by Mrs. Wulbina Jackson called on the beneficiaries to train others at least 5  persons each so as to boast the economy of the state, and avoid over dependence on their husband’s  and relatives, adding that other women and youth in the northern and southern senatorial zones will soon benefit from the programme. Mrs Jackson further lauded the efforts of resource person’s for mentoring the participants.

The Chairman Song Local Government Area, who is also the ALGON Chairman, Alhaji. Chubado Hammanjoda, commended the present administration of Governor Ahmadu Umaru Fintiri, for the kind gesture. He announced the release of the sum of N2million Naira to facilitate women and youth empowerment in his domain. He challenged other Local Government Chairmen to emulate him.

Meanwhile, the Permanent Secretary Ministry of Local Government Affairs, represented by  Mr. Chika Joel,  commended her Excellency, and Local Government Chairmen  for collaborating with the Ministry he represents towards ensuring that the programme  comes to a reality.

While expressing their appreciation, some of the  beneficiaries, Mal. Mairo Adamu and Rabi Malcom, thanked the Governor’s wife for touching their lives which will go along way in improving their economic status.