NEWS;DEPUTY GOV. CALLS FOR CALM AS FLOOD RAVAGES COMMUNITIES WITHIN AND OUTSIDE THE STATE CAPITAL, ALSO SEEKS FG INTERVENTION . 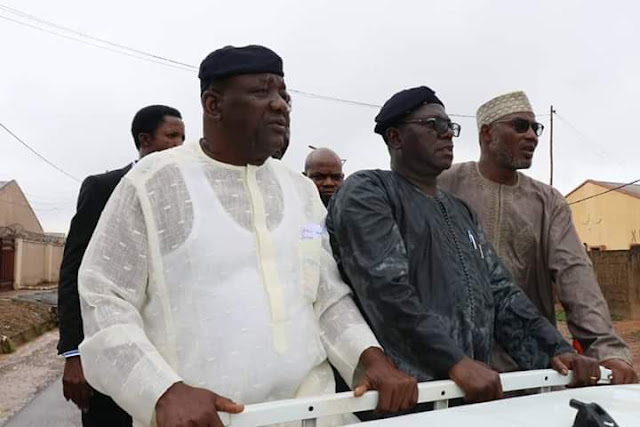 Adamawa State Deputy Governor, Chief Crowther Seth and other top government officials of the state went out  to assessed the heavy down pours and  the rate of damages within and outside the State Capital following a flood that ravaged communities. He called on citizens to be calm as the State Government is working hard to bring immediate succor.

Chief Crowther  Seth who was deeply touched at the plight of citizens whose homes were submerged appealed to them to shun negative practices that trigger such ugly incidences. He said acts such as building on waterways and blocking of gutters are the key factors that lead to flooding and this is why Government has continued to create awareness on the need to desist from such. The Deputy Governor also encouraged the people the people to move to higher grounds amidst flood alerts from NIMET in the month of September. 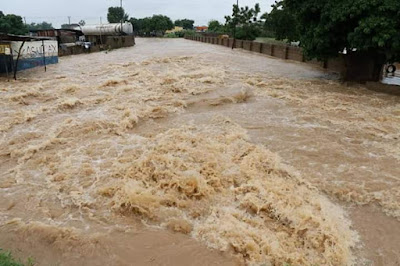 The Deputy Governor also called on the Federal Government to bring immediate assistance to the affected persons who are in dire need  of Government's support while the State Government is already grappling with a lot of challenges and cannot do enough to compensate the citizens' losses. However, the Fintiri-led administration will never be fatigued at ensuring that well fare and well being of citizens are accorded top priority.

Chief Crowther while speaking to the traditional leader of Ummare in Yolde Pate, called on him as well as other traditional leaders in the State to continue to counsel their people on the need to heed Government's advice on issues of emergency. He also assured them that the State Government has since directed the ADSEMA commence distribution of emergency relief materials to the affected persons. 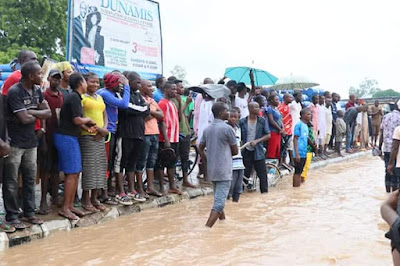 The Chief of Staff Prof. Maxwell Gidado in his address said the Government is working on small term plans to mitigate and medium and long term plans to address the perennial flooding in the State. He also called on the Federal Government to support the Adamawa State Government which is already constrained by resources and is worried about the sorry State of it's citizens affected by the flood.

The Executive Secretary ADSEMA Dr. Suleiman Mohammed in his own remark disclosed that his Staff have already commenced verification of the level of damages and to begin the distribution of relief materials to the affected victims. He  cautioned the people to heed early warning signs and to also stop building house's on waterways

Although, no life was reported to have been lost however, properties worth millions were seen to have been destroyed by the flood.