NEWS UPDATE:Adamawa to Get 2000 Houses Constructed in 18 Months 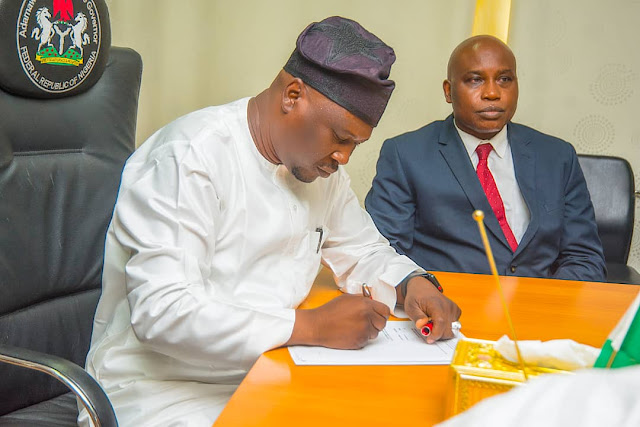 In a Memorandum of Understanding, Adamawa State Governor Ahmadu Umaru Fintiri signed on behalf of the State and the Managing Director of the Family Homes Fund Prof. Femi Adewale signed for the company revealed that in 18 months, 2000 houses will be built in the State. 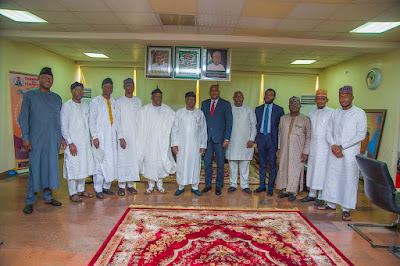 Briefing the Governor and some top Government officials in Government House Yola, Prof. Adewale explained that the Family Homes Fund will provide financing in excess for N6 billion for the construction of the 2000 houses, adding that 1200 houses will be constructed in Yola the State Capital while the remaining 800 will be spread across the 21 Local Government Areas of Adamawa State.

Prof. Adewale further explained that the company will make the houses affordable by assisting the Government in providing the home loan assistance so that it can get the loan term financing in form of payment of 40% contribution of the cost of acquisition under significantly concessionary term.
The houses, the Managing Director said will be loan out at a cost of N2.5 million for one-bedroom flat while two-bedroom flat will be at N3 million and three-bedroom flat will cost between N4.5 million and N5 million.

The Professor explained also that the company will provide support to Adamawa State Government on educating the beneficiaries through a home owner educational programme so as to enable the potential beneficiaries manage the houses for sustainability in the long term.

Professor Femi Adewale said that other benefit the State will derive from the construction of the houses is creation of job for over fifty thousand young people which will be from apprenticeship programme the company will champion in the course of the investment.

Responding, Governor Ahmadu Umaru Fintiri said that the construction of the 2000 houses in Adamawa State will underscore the resolve of his administration in it 11 point agenda to contruct houses for Civil Servants.

Governor Fintiri said that the Memorandum of Understanding signed with the Family Homes Fund will provide 2000 houses for private and public servants at both State and Federal Government level who domicile in Adamawa State.

The Government prayed that the company will adhere to the time frame work of 18 months signed in the contractual term.
15:32
Adamawa Daily Reports
news update
Email ThisBlogThis!Share to TwitterShare to Facebook