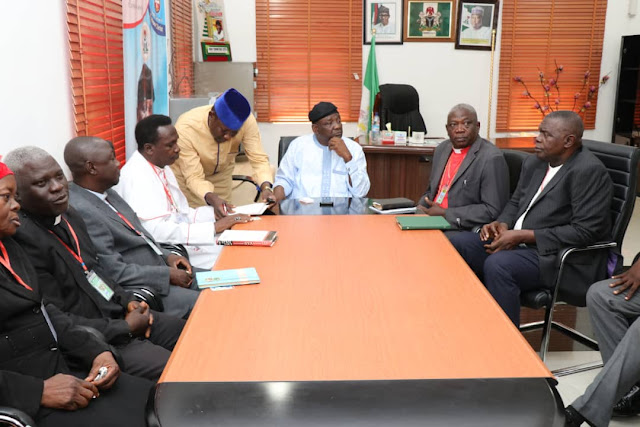 Reverend Dr. Japheat Tamoso said they are proud with the improvement recorded on the part of Welfare's of worker's in a few months by Governor Ahmadu Umaru Fintiri led administration. Saying that it's a clear indication that the current administration has responded to the yearnings and aspirations of the opeople of Adamawa States

This was disclosed when  clergy men from Pentecostal Fellowship of Nigeria (PFN) Numan Chapter under the leadership of their Zonal Chairman Bishop Bulus Elam Taiya paid him a courtesy visit at government house Yola , Adamawa State.

The clergy men reiterated that the emergence of the current administration is as  a product of prayers from religious leaders and masses, adding that the citizens did not make a mistake in the just concluded polls for voting him and governor Umaru Fintiri in to office 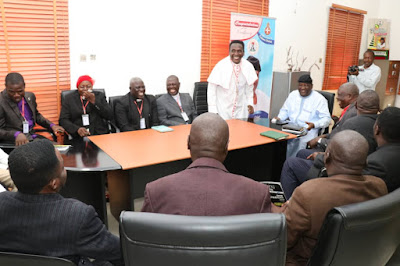 The clergy men applauded the current administration in the area of tackling security challenges and farmers/headsmen crisis within the state. He also thanked the leadership of Governor Ahmadu Umaru Fintiri in alleviating the suffering of masses by prompt payment of salaries of civil servants.

While responding,the Deputy Governor Chief Crowther Seth appreciated them for the visit and urged them to always preach peace and unity among the diverse religious and cultural groups in the state,adding that without peace no meaningful development can be achieved.

The Deputy  Governor also charged the clergy men not relent in praying for the success of the current administration as governor Umaru Fintiri is more focused in tackling the problem of security, education and health sector in the state.
13:41
adamawadailyreport@gmail.com
News
Email ThisBlogThis!Share to TwitterShare to Facebook