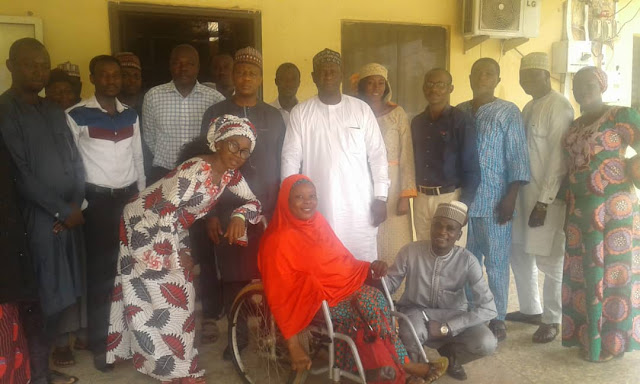 
A coalition of CSOs has embacked on an advocacy visit under the Good Governance Group to  the Adamawa State Bureau of Public Procurement yesterday 6th of August, 2019 at the State Secretariat.

The group was received by the DG Bureau of Public Procurement, Abba Umar Bello after which the Steering Committee Secretary, Mr. Martin's Fidelis Vandu, presented it's 3 point agenda on behalf of the group. These agenda include; introduction of the group to BPP  as Good Governance Group, to seek and establish partnership with the BPP where necessary especially on good Governance, and to seek for the representation of  CSO's with the BPP.

In his response, the DG gave an overview of what the Bureau is all about.He thanked the group for organising themselves and asked them to be sincere in their dealing as CSOs.

In addition, He urged the group to participate in the bidding processes as observers starting with the Budget of the various MDA's. He also advised the group to register with the Bureau for effective partnership.

However, The DG said having a CSO as a Member of the Board and also having one as an observer in the bidding process is a contradiction as far as the BPP Act is concern.

The visit is in inline with the RoLAC/British Council post procurement Training Action plan that was drafted by the group for non State Actors, which was drawn up on 5th, July 2019 at AUN Hotel Yola after the workshop.
09:15
Adamawa Daily Reports
news update
Email ThisBlogThis!Share to TwitterShare to Facebook