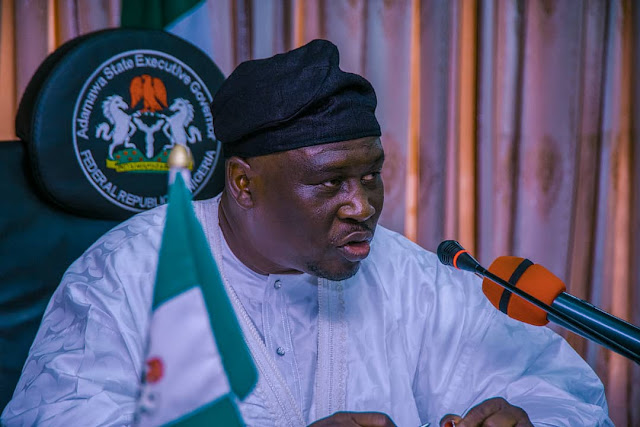 In a press statement issued by the Director-General Media and Communications, Solomon Kumangar, Governor Fintiri condemned the attack and described it as cowardly but deadly.
The Director-General explained that in the attack one person is reportedly killed and several people were injured.

The statement further said that Governor Fintiri feels the attack serves no useful purpose.
“Mr. Governor feels that the attack serves  no useful purpose except to worsen the prevailing state of insecurity in the area, Mr Kumangar noted.
“The Governor is deeply saddened by the loss of life and regrets over those injured.
“ He however commends the swift action taken by security Agencies to repel and go after the attackers.
“Mr. Governor assures of decisive action on his imminent return to the State”.