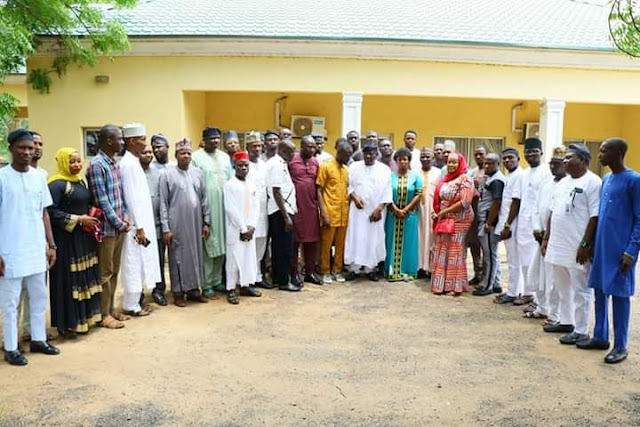 The Deputy Governor, Chief Crowther Seth has charged the National Association of Nigeria Students NANS to live up to expectation as future leaders and be Ambassadors of peace and progress in their various Schools, Communities, States and Country in general. 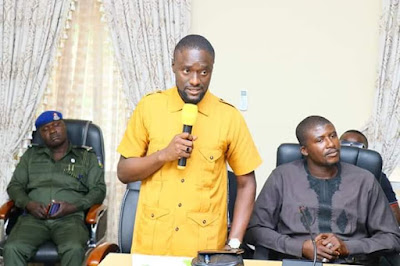 The Deputy Governor Stated  this Tuesday when he received a delegation of NANS on Courtesy call and familazation visit in his office at the government house Yola.

Cheif Crowther assured them of Government's support and cooperation, adding that, education is the topmost priority of Governor Finitri administration, as the State Government has since embarked on free and compulsory education within the state.

Earlier, the leader of the delegation who is also the global President, Mr Danielson Akpam said they are on a courtesy call to familiarise and partiner with the State Government. According to him, the body has about Eighty Million (80,000,000,000) Members cutting across the globe. He added that they were in Adamawa to acknowledge the transformation  drive of Governor Fintiri between 29th may 2019 to date.

He also noted that NANS appreciates the efforts of Adamawa State Government in renovation of over Five T Thousand (5000) Classrooms in Schools across the State, saying it will go a long way in reducing number of out of School Children. 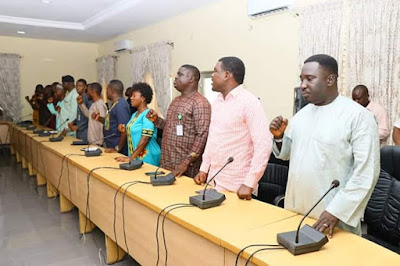 Finally, Mr. Akpan commended the State Government for their giant strides and for taking bold steps in solving the problem of  education in the state saying that the Association will do its best to compliment the efforts of the government. He however appealed  to the  government to partner with NANS to access the level of decadence in educational sector in the State.