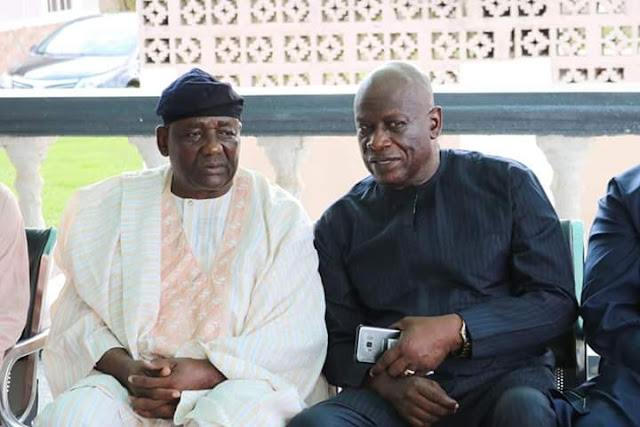 The Deputy Governor Adamawa State, Chief Crowther Seth has condoled the family of Chief Justice Nathan Musa over the death of his son Chahandi Nathan Musa who died in a ghastly motor accident along Bekaji round about, Jimeta yola.

Crowther who was at the family residence encouraged them to take solace in God and take it as the act God.

He described death as inevitable stated that his son's death is a great lost not only to the family but to the entire people Adamawa state.

Crowther said ; "from God we came and to him alone we shall return" and called on individual to walk according to the will of God so as to meet with the Lord joyfully on the last day.

Late Chahandi Nathan Musa died at the age of 35,left behind one wife and 4 children. Until his death late Chahandi  was a young, brilliant, promising Judge working with upper area court 2.
15:14
adamawadailyreport@gmail.com
News
Email ThisBlogThis!Share to TwitterShare to Facebook