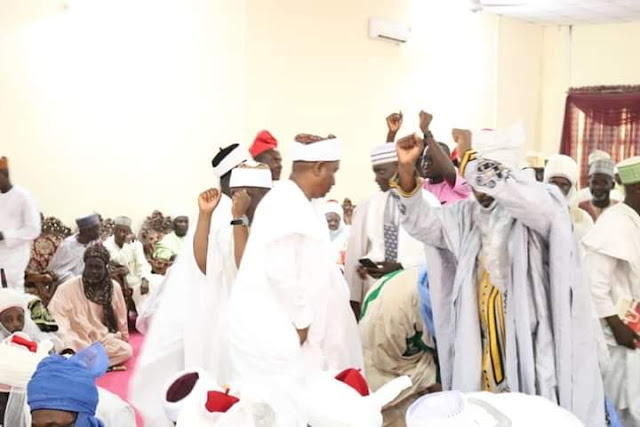 New Sadauki of   Adamawa, Alhaji Aliyu M Gabdo has been turbaned with a charge to ensure that  peace and harmony coexist among the citizens of Adamawa while discharging his  duties. 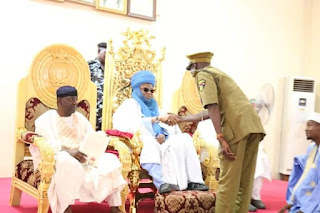 The Deputy Governor, Chief Crowther Seth who represented the Governor at the ceremony said, leadership comes from God and urged him to carry everybody along .He called on the citizens to give the title holder the  maximum support and corporation needed in order to enable him  succeed in discharging his official duties.

In his remarks, the Royal father, Lamido Adamawa, Alhaji Barkindo Aliyu Mustapha congratulated him. Further  more, he eulogies saying his selection and turbaning was based on his  contributions and reputation recorded within and outside the state.

According to him, he is the first  person be to tubarned as Sadauki Adamawa, and added that it will be beneficial to the growth and  development of the state. 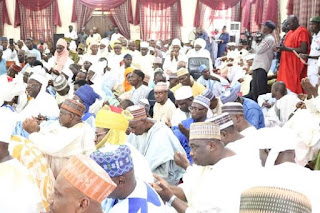 In his response, the Sadauki Adamawa, Alhaji  Aliyu Muhammadu Gabdo thanked the royal Father for finding him worthy of the exaltation bestowed on him.

He promised to work closely with other  tittle Holder's in the State to bring Peace and development to Adamawa.
14:12
adamawadailyreport@gmail.com
News
Email ThisBlogThis!Share to TwitterShare to Facebook