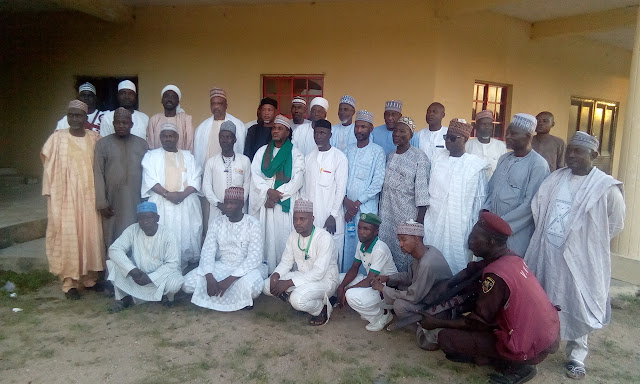 
Deputy Governor, Chief Crowther Seth has facilitated a movement of the Adamawa State Muslim Council under the leadership of Mallam Gabo Jika to go round the 21 Local Government Chapters on a thank you visit and to also pray for peaceful coexistence and religious harmony in the State.

Mallam Jika made the call when he visited  Mosques in  Madagali, Michika, Mubi North and Mubi South .

Speaking  on behalf Governor AUF,  Mallam Jika called on Muslims brothers across the various LGAs  to bury their political and religious differences and join hands with current administration for development to strive in the state while building a peaceful atmosphere for the benefit of all a d sundry. 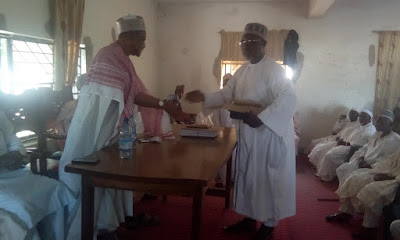 Mallam Jika also reiterated the commitment of Governor AUF led administration in  ensuring security of lives and property throughout the state. He thereafter called on Muslims brothers to support the current administration by shunning all vices that will bring division and led to any  chaotic situation.

The Chairman also drew  the attention of various Islamic scholars to always preach on the dangers of drug abuse to Muslim faithfuls more as the youth since they are the future leaders.

The Chairman also hinted  that Governor AUF has set up some administrative apparatus to deal with the menace in the state.

In Michika, the Chairman Muslim Council  Michika branch Alhaji Abbas Buba received the  Governor AUF delegation at Buba Marwa Civic Center  where he charged Muslims brothers to always pray for the leadership of Governor Ahmadu Umaru Fintiri in order to achieve the much needed peace and development in the state

In the same vain the chairman Muslims Council Mubi South Mallam Yusuf  commended the thank you visit saying  it goes along way in promoting religious harmony in the state. He also prayed for Governor AUF to have good advisers that will guide him towards achieving his campaign promises made to the electorate.

Climax of the event was the courtesy visit to the Emir of Mubi Dr. Abubakar Isa Ahmadu who  gave the royal blessings and also  prayed for Governor AUF to achieve success on his mandate.