NEWS UPDATE;NEDC SYMPATHIZE WITH VICTIMS OF FLOOD DISASTER IN THE STATE 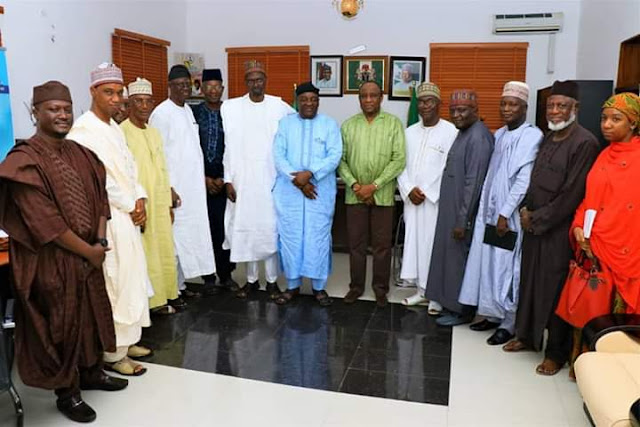 The Northeast East Development Commission NEDC has sympathize with the victims of the  flood disaster that ravaged parts of  Adamawa State and  promised to provide succour to the victims. The Managing Director of the Commission, Alh. Mohammed Alkali who led the delegation from the Commission disclosed this when  Adamawa State Deputy Governor,  Chief Crowther Seth took the team for an on the spot assessment of the damage caused by the cascading water.

The team visited some communities in Demsa, Numan and Yola North where  the MD sympathize with the people after seeing the pitiable condition they've found themselves in and further urged government to do more  over the ugly incident.
He assured that the commission will provide relief material to cushion  the effect of the  hardship brought about by the natural disaster.

Deputy Governor Chief Crowther Seth called on the people to look at the incident as act of God saying state government is very much concerned about their plight hence visit. 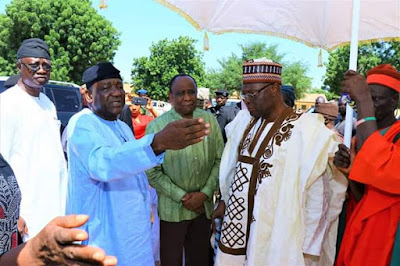 He noted the state government's appreciation and the prompt response of the  NEDC  calling  on other agencies to intervene likewise.

The team were at the palaces of  Hama  Bachama and Hama Bata  where the
MD informed the traditional rulers of the  commission's sympathy  with the people over the current condition which led to the  displacement of people from their various places of abode.
The Hama Bachama HRH Homun Honest Irmiya Stephen and the Hama  Batta Homun  Gladson Alhamdu  Teneke lamented the heavy losses caused by the flood saying it has caused an unquantifiable degree of loss in property, food and  livestock .

The royal fathers further asked government to proffer lasting solutions to the problem whose occurrence is almost on yearly basis.

Homun Honest revealed that the devastating is heavier in villages where the commission's representatives cannot even access the places at the moment but further solicited for palliative measures and in the areas of food and medicaments for the affected.

As part of  temprorary measures , The NEDC has directed the procurement of two truck of rice and ten thousand rubber mats for immediate distribution to the victims.

The team had earlier paid a courtesy call  on the  Deputy Governor at the Government House  where he in company of the Secretary to the State Government Eng Bashir Ahmed and the Attorney General and Commissioner for Justice Barr AK Jingi, the State PDP Chairman Barr AT Shehu together with the ADSEMA team received them.
12:59
adamawadailyreport@gmail.com
news update
Email ThisBlogThis!Share to TwitterShare to Facebook