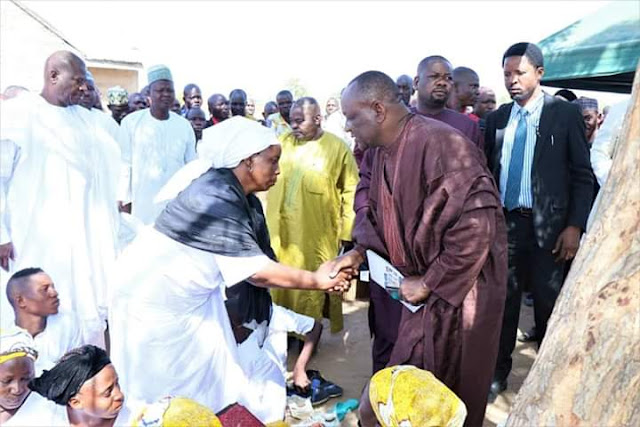 By Yusuf Umar
Adamawa State Governor Ahmadu Umaru Fintiri has pledged to sponsor the children of the late Pastor Denis Bagauri who was killed by unknown persons who stormed his residence in Mayo Belwa where he was murdered in cold blood a fourth night ago. 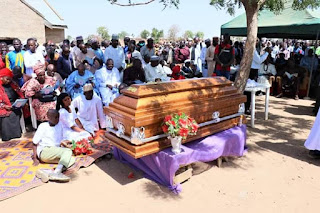 Governor Fintiri made the promise when  he attended the burial of the slain clergy which took place at his hometown in a village called Mayo Dembi at Jereng in Mayo Belwa Local Government area of the state.

Represented by the the State Deputy Governor Chief Crowther Seth, Governor Fintiri urged both  Christians and Muslims to learn to live in peace and harmony.

The President of the Lutheran World Federation and Bishop of the LCCN Church Most Revered Musa Panti Filibus regretted  the deteriorating level of security in the country and called on security agencies to fish out the killers of the late man of Governor. 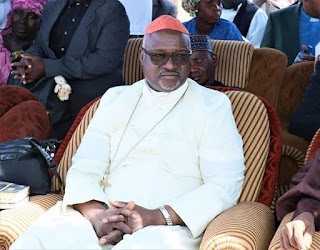 The State CAN Chairman who was represented by the secretary  Anthony Elishama said family members should not nurse the intent to revenge his death but instead to commit everything into prayers.

The burial was attended by top Government functionaries among whom are the Senator Representating Southern Zone Binos Yàroe , Commissioner for Special Duties Aloysius Babadoke, Commissioner for Commerce Hon Justina Nkom, Member Representing Mayo Belwa and that of Nassarowo Jereng Constituency, Special Adviser to the Governor on Education Hon Hanatu Kadala, and a host of others
05:21
Adamawa Daily Reports
News
Email ThisBlogThis!Share to TwitterShare to Facebook