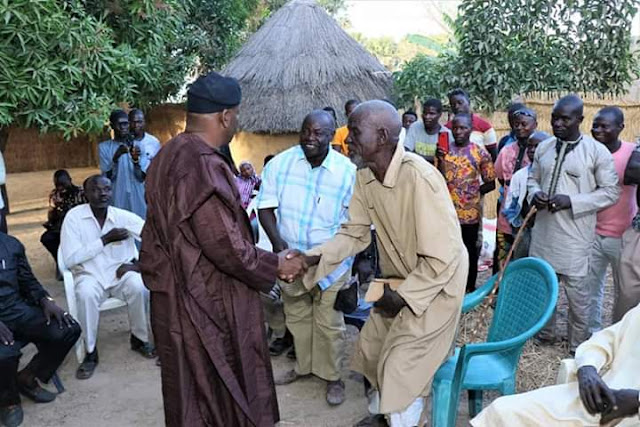 Governor Ahmadu Umaru Fintiri has condoled the people of Lamurde Local Government Area over the incident of an ugly fire disaster that claimed the life of three persons in Zekun ward.

Represented by the Deputy Governor, Chief Crowther Seth, led a delegation to the affected area, the Governor was deeply shocked over the fire disaster and called on the community to be careful when dealing with highly inflatable materials around residential areas. 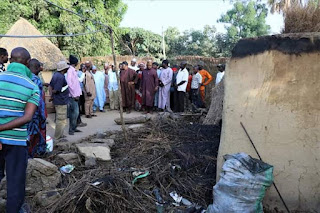 The Chairman of Lamurde Local Government Council, Hon. William Pwadyangakai Burto who received the delegation  narrated the incident and said the fire outbreak was  presumably caused by a mosquito coil which caught the thatched roof. He said the old woman and one of the grandchild died in the inferno while the third was evacuated to the Numan General Hospital before being transferred to the Specialist hospital where the victim gave up the ghost.
Hon Burto cautioned the local community o  the dangers of not being careful when dealing with fire items more especially this dry season.

Responding on behalf the Family and the local community, Elder Steven Khobe appreciated the gesture extended to the community by Governor Fintiri.  He appreciated the fact that the Governor has sent down the delegation to identify with them in their moment of grief. 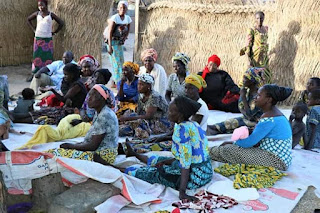