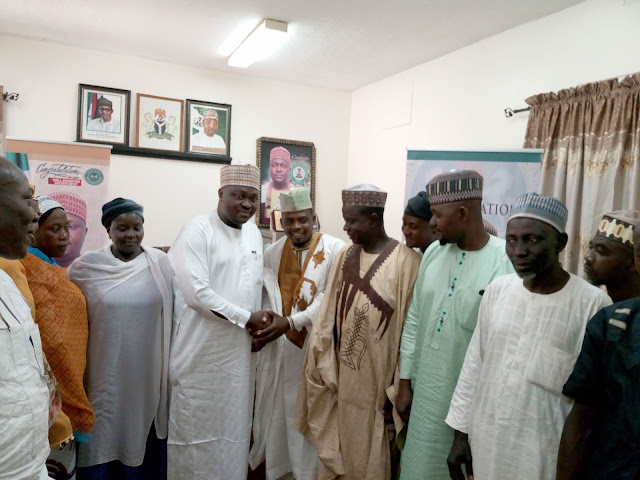 The Union Chairman, Mal Badamasi Yakubu and the Secretary Mal. Adamu Ustaz Mohammed were accompanied by other members of the Union to congratulate the Commissioner over his well deserved appointment.

The union has also made the Hon. Commissioner  their Patron.

In his remark, the Hon.Commissioner thanked the Union for the honour and promised to work with them as community builders.
12:53
adamawadailyreport@gmail.com
News
Email ThisBlogThis!Share to TwitterShare to Facebook