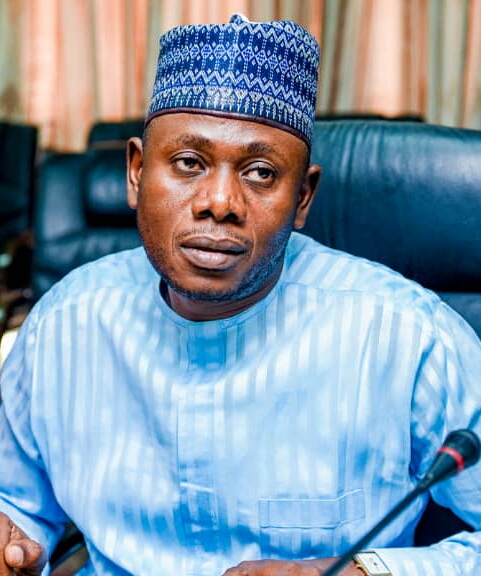 Adamawa State Government has noted with dismay the rather rude and threatening tone of the bulletin issued by the State Organized Labour in Bulletin No.1 dated 11th February, 2020.

In a press release and re-bulleting signed by the State Commissioner of Information and Strategy, Umar Garba said that the administration of Governor Ahmadu Umaru Fintiri is worker-friendly and is committed to paying the Consequential Adjustment for the civil servants on GL 7 to 17 as the workers on GL 01 to 06 are already enjoying N32,000 Minimum Wage higher than the National Minimum Wage.

The commissioner said that the Government is open to negotiation and hopes it and conclude as soon as possible.

The re-bulletin read in parts:
“The attention of Adamawa State Government has been drawn to “Bulletin No.1”, dated 11th February 2020 and issued by the organized Labour in the State, in which it expressed its stance concerning ongoing negotiations on the Consequential Adjustments in salary of workers sequel to implementation of the New Minimum Wage. Government notes with dismay, the rather rude and threatening tone of the bulletin. For a Union that is considered a partner in the progress of the State, Government feels the organized Labour can do and say better. It can pursue its legitimate demands within the bounds of the law with decorum and refined civility depicting its status.

“To put the records straight, it was the State Government’s recognition of the vitality of “collective bargaining” that made it to first reach out to Labour to commence these negotiations. Secondly,


Government’s Negotiating Team consisted of the Head of Service, seven Permanent Secretaries and three Directors. Government could not have imitated the negotiation process and constituted a high-powered negotiation team only for “wasting scarce resource and time”.

“Furthermore, Government appreciates the “grace period” offered by Labour for the negotiations to be considered, but considers the threat of “not guaranteeing industrial peace after one week” as unhealthy, unnecessary and in bad taste. After all, it might also be argued that the stalemate arose out of Labour’s refusal to agree to government’s offer. The spirit of collective bargaining in trade negotiations does not confer on only one side, all the advantages of the product of such negotiations.

“For the avoidance of doubt, Rt. Hon. Ahmadu Umaru Fintiri is unarguably the most Labour-friendly Governor in the history of Adamawa State. He earned his famous nickname “ATM” on account of the priority he placed paying workers their legitimate entitlements. Since assuming office as the Governor in 2019, he has ensured that workers at the State and Local Government levels receive their salaries regularly.

Last year, the State Government paid leave/Transport Grants for the first time in several years without pressure from Labour or any quarters. The Governor is on record to be among the first to implement the New National Minimum Wage at the rate of N32,000.00 only, which is higher than the national rate. For this, the Governor should be commended, if the concern is really for the welfare of workers.
Even on the consequential adjustments, the Governor is eager for workers on GL 7 to 17 to start benefiting hence, his statement in Numan, that the payment will be effective in the February Salaries. A Government that offers without being asked, deserve accolades not verification.

“Government welcomes Labour’s desire for negotiations on the Consequential Adjustments to resume. Government hopes that both sides will consider the demand of workers viz-a-viz available resources and other legitimate commitments such as gratuity, pensions, running costs and so on. Government is committed to the welfare and wellbeing of workers in the State but not at the cost of totally jettisoning its other commitments and responsibilities.

“Plans to employ workers in critical sectors like Education and Health which will also reduce youth unemployment as well as the necessity to provide critical infrastructure such as roads, school, hospitals and so on should guide the negotiations. Also due considerations need to be placed on the multiplier effect of any decision on the other tier of government and sectors viz-a-viz the capacity and availability of resource.

“Government is open to negotiation and hopes it and conclude as soon as possible in the interest of workers, the government and the good people of Adamawa State.
“Government appreciates the current industrial peace in the State and beseechs its maintenance and sustainability”.
10:21
Adamawa Daily Reports
News
Email ThisBlogThis!Share to TwitterShare to Facebook