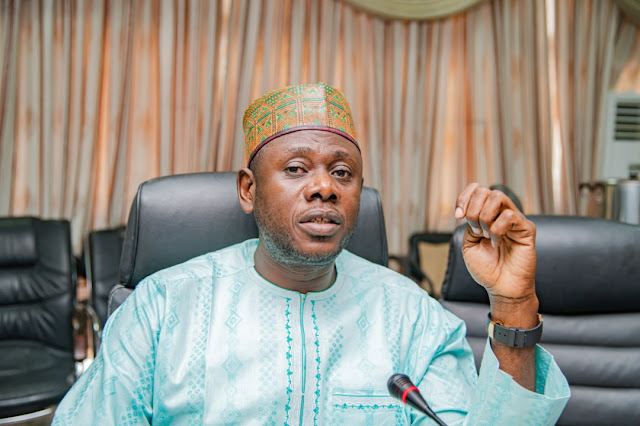 By Barnabas Augustine
4/3/2020
Adamawa State Executive Council has during its Wednesday meeting approved seventy million naira for the Digitalization of the state own broadcast media.
Briefing news men shortly after the meeting that was presided by Governor Ahmadu Umaru  Fintiri, the commissioner of Information and Strategy, Dr. Umar Garba said that the media houses that the contract was awarded for their digitisation are Adamawa Television Authority (ATV) Yola, and Adamawa Broadcasting Corporation (ABC) Yola , adding that the contract was awarded since 2011.
Dr Garba explained that the contract for the digitalization of the media houses was awarded to Pinnacle Communications Limited and the contractor has already made supply of the equipment and installed that of ABC while that of ATV is yet to be completed due to the issue of outstanding balance of the contractor.
The Information and Strategy Commissioner stated that the State Government had an outstanding payment of one hundred and fifty seven million, six hundred and sixty thousand naira and the Government after meeting with the contractor, has agreed on the payment in trenches.
And, the seventy million naira approved by the State EXCO is part of the payment in tranches.
Dr. Umar Garba revealed that the contractor is already in the State for the completion of the digitalization of ATV, Yola and as soon as is done, ATV will be back on terrestrial station and Mubi booster station will also be back on air.
He hinted that the contractor is expected to complete the contract in two months.