Hama Bachama: Gov Fintiri Charges King Makers Not To Be Bias In Selection of New King 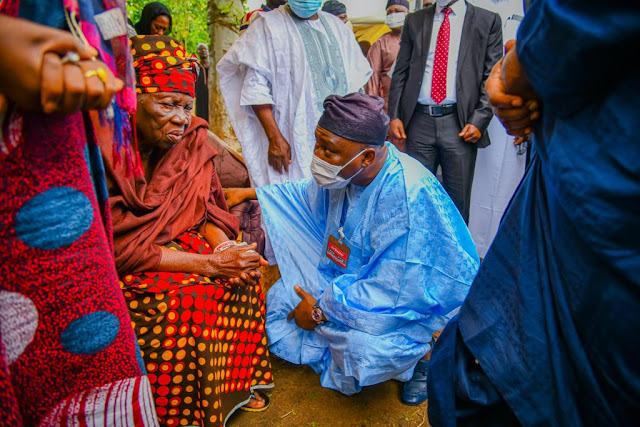 His Excellency, the Executive Governor of Adamawa State, Alhaji Ahmadu Umaru Fintiri has charged King Makers of Bachama Kingdom not to bias in the selection process of their new king. The Governor stated this while on condolence visit on the people of Bachama Kingdom in Lamurde Monday in company of senior Government officials.


The Governor was received by his Deputy, Chief Crowther Seth who described the death of late Hama Bachama, His Royal Majesty Homun Honest Irmiya Stephen as a monumental loss not only to the people of Bachama Kingdom but the entire State. 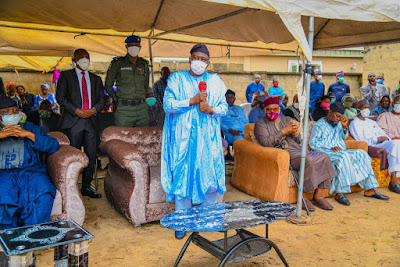 Governor Fintiri said the late monarch was instrumental in the peace that was achieved in Numan Federation, by  contributing in advising the present administration achieved the new security architecture crafted in the State.

He therefore assured the people of Bachama Kingdom given them their wish while admonishing the King Makers to select their next king who has wisdom and foresight. Adding that Bachama Kingdom need a High Chief who would consolidate on the peaceful coexistence and quality leadership championed by the late Hama Bachama.

While praying to God to grand the late monarch eternal rest, Governor Ahmadu Umaru Fintiri called on the people of  Bachama Kingdom to rally support for the King Makers so as to bring the best amongst the qualified contestants.

Responding, Chief Andy Kyara who is the Kpanah Rugangu/District Head of Rugangu in Lamurde District thanked Governor Ahmadu Umaru Fintiri for commiserating with the community and people of Bachama Kingdom over the death of their High Chief. He assured the Governor that the King Makers would select the best contestants who will ascend the throne of Hama Bachama. 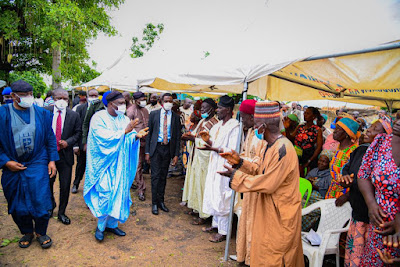 Late Hama Bachama, Homun Honest Irmiya Stephen was born in Lagos on 6th March, 1954 to the family of Warrant Officer Irmiya Stephen, a prince of Numupo ruling clan, and Mrs. Lekoni Irmiya, a princess of Kowo clan, both under the Bachama kingdom.

The late monarch died at the age of 66 at the wee hours of 28th June, 2020 after a brief illness in his palace in Numan. The monarch reigned for eight years.

He was survived by his wife, six children, two grand children and five siblings.
The 28th Hama Bachama has been buried on 28th June, 2020 at Ndukohydè Ndulkei (cemetery for kings) in the Kingdom Headquarters in Lamurde LGA.