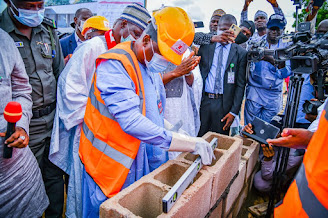 "I need not emphasize the commitment of this Government to the realization of its Health Reform Agenda which is geared towards the attainment of the Health related Millennium Development Goals", Governor Fintiri said.

"This is why Government has come up with a programme and policy that will impact on the lives of its citizens, key among which are:

"Purchase and distribution of Hospital Equipment to our Primary Health Care Facilities in the 21 Local Government Areas of the State.

"Construction of Health Facilities at Primary and Secondary Health Care levels and massive Rehabilitation of existing ones State wide.

"Establishment of Health Insurance Scheme to make Health Care Services accessible by all in the State".

He disclosed that his administration is more determined to change the unacceptable Health indices it met on ground while calling on people of the State to continue supporting and praying for his Government. 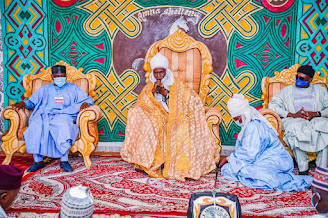 He urged Shelleng community to give maximum cooperation to the contractor so as to have a successful execution of the project while reminding them of the existence of COVId-19 and the need to observe the pandemic protocols.

Speaking on behalf of the community, the member representing Shelleng Constituency in Adamawa State House of Assembly, Hon. Abdullahi Isa Shelleng thanked Governor Ahmadu Umaru Fintiri for fulfilling his campaign promise to the people of Shelleng. Adding that despite the review of the 2020 budget, budget for projects in Shelleng LGA were not cut off.

On his part, the commissioner Ministry of Culture and Tourism, Adamu Titus thanked Governor Fintiri for his timely intervention in the health sector. Saying Shelleng was neglected by previous administration in area of health leading to damages on health facilities in Shelleng.

He called on the people of Shelleng to rally support for Governor Fintiri so that more dividends of democracy will continue to come to their LGA.

In a vote of thanks, the Chairman Shelleng Local Government, Hon. Danjuma K. B. Abdullahi described Governor Fintiri as man of his word, fulfilling his promises while thanking him for the projects his led administration is embarking in Shelleng.

Shortly Governor Ahmadu Umaru Fintiri went to the palace of Amna Shelleng, HRH Alh. Abdullahi Isa Dasong where he informed him on the developmental projects his administration will bring to the people of his domain.

The royal father assured his unflinching support to Governor Fintiri led administration to bring development to the State.

Meanwhile Governor Ahmadu Umaru Fintiri inspected Shelleng-Bakta road which has a total length of seventeen kilometer. He assured the completion of the road before the end of the raining season. 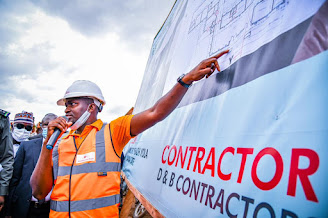 He equally inspected Cottage Hospital Guyuk which he said was among hospitals airmarked by his administration for renovation.