SPECIAL PUBLICATION:COMMUNIQUE ISSUED AT THE END OF ADAMAWA COUNCIL NUJ CONGRESS HELD ON 5th SEPT.2020 AT THE PRESS CENTRE,YOLA. 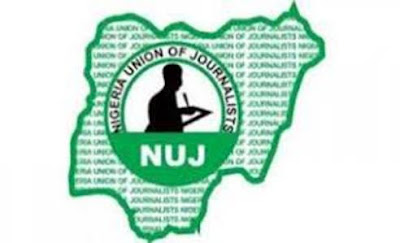 The council in session resolved as follows:
1. The congress commended Governor Ahmadu Umaru Fintiri's urban renewal policy and the need for journalists in Adamawa state to key into his giant strides for the overall benefit of the state.

2. The Congress  appreciates  the Governor in the bold steps taken in putting to rest the age long certificate of Occupancy problem of the NUJ press center

3. The Congress also acknowledged the role of Covid- 19 state containment committee for their prompt response in the fight against the dreaded pandemic

4. The Congress has considered with the rising cases of armed robbery, rape, kidnapping and other criminal activities in the state and called for a robust security architecture to tackle the menace headlong.

5. That the rising cost of Food items, Electricity Tariff and Fuel pump price have been biting harder on the masses and therefore suggested for alternative policies to be put in place to surmount the situation.

6. The Congress commended Governor Ahmadu UmaruFintiri for being the first Governor to appoint number of journalists to serve in various government capacities, particularly board members in the media.

7. The Congress equally made a case for the restructuring of media salaries scheme to boost their morals in competing with the other sectors.

8. That the Congress unanimously endorsed the candidatures of Ladi Bala for the  position of National President NAWOJ and Villian Murray for the position of secretary Zone E.

9. The Congress further passed vote of confidence on the leadership of NUJ Aday state council and asked  them to continue strengthening the course of the Union
Chairman- Ishaka Donald Dedan
Secretary-Fidelis Jockthan
Communique Drafting Committee: